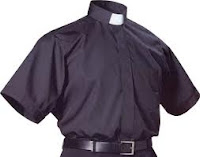 A "preliminary issue" continues to be fought in the case of JGE v Trustees of the Portsmouth Roman Catholic Diocesan Trust.  The decision of MacDuff J is discussed in a previous post of 16th January 2012.  The preliminary issue has now been considered by the Court of Appeal - Ward, Tomlinson and Davis LJJ - (judgment) - which decided that vicarious liability in tort could attach to the Trustees for the conduct of a Roman Catholic priest.  The court considered that the relationship between the Priest and the Trustees was sufficiently akin to employment.  The decision was considered by the Court of Appeal to be a "difficult one" (Ward LJ at 73) and "not easy to decide" - "an elusive point" - Tomlinson LJ at 110.

The judgment of Ward LJ questions - at para 6 - whether this matter should have been pursued as a "preliminary point."


"I am far from convinced that trying a preliminary issue is the best way to deal with questions of this sort. Since both stage 1 and stage 2 are fact sensitive and since, per Hughes LJ in Various Claimants v The Catholic Child Welfare Society and the Institute of Brothers of the Christian Schools and others [2010] EWCA Civ 1106 at [37], "It is a judgment upon a synthesis of the two which is required", it would have been far better to have dealt with the two stages together. The nature of the relationship between the bishop and the priest must have some effect on the ambit of the acts which are within the scope of that relationship."

The Court of Appeal refused permission for a further appeal to the Supreme Court of the UK.  The reasons for this are set out in an addendum to the judgment:

"The appellants now apply for permission to appeal to the Supreme Court. We acknowledge that the Court's judgment in this case has widen the scope of vicarious liability extending it from well established situations of employment to relationships that are "akin to employment". This has ramifications in other areas of the law and to that extent this case does raise a matter of some public importance. The issue was important enough for the Supreme Court of Canada to consider it. We also acknowledge that each of us has found the case difficult to decide on the facts. Nonetheless, we have decided, after some hesitation, to refuse permission to appeal. Rather than deal with a case decided as a preliminary issue, the Supreme Court may prefer to wait till they have a case fought out on all factual issues with a judgment at the conclusion of a fully contested trial. Secondly we are aware that the Supreme Court are hearing the case of Various Claimants v The Catholic Child Welfare Society and the Institute of Brothers of the Christian Schools and others on 23rd July and although Stage 1 is not at issue in that case, the Supreme Court will be better able than we are to judge whether this case raises other issues they may wish to hear next. This addendum is written in the hope that it may be of some assistance to the Supreme Court in the event that permission to appeal is sought."  [Link supplied].

It is highly likely that this case will end up in the Supreme Court.  A question of when and not if.