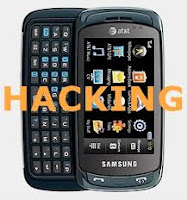 Interception of Communications - especially "Voicemail" - has been very much in the news recently.  It was revealed last year that reporters working for "The News of the World" newspaper had allegedly hacked into Milly Dowler’s voicemail following her disappearance in March 2002.  This led to the Leveson Inquiry into the "culture, practices and ethics of the media." The owners of The News of the World decided to close the 168-year-old newspaper.  Some form of media regulation is likely to emerge as a result of the Leveson Inquiry - see Draft criteria for an effective regulatory regime.

The present law on interception of communications may be found in the Regulation of Investigatory Powers Act 2000 Part 1 (Communications) Chapter 1 (Interception).  Chapter 1 extends to 20 complex sections but certain interception is lawful if it is in accordance with section 3, section 4 or section 5 of the Act or some other statutory authority.  Where there is alleged agreement to unlawfully intercept communications, it is possible for conspiracy charges to arise.

Both section 1(1) and 1(2) contains the phrase "in the course if its transmission."
The precise meaning of that phrase is likely to prove to be central to any prosecution.  In particular, when does the "transmisssion" stop?  Has it stopped once it has definitely been received by the intended recipient even though the message remains stored electronically on the equipment of a service provider?

A person who is guilty of an interception offence - as defined in section 1(1) or section 1(2) - is liable -(a) on conviction on indictment, to imprisonment for a term not exceeding two years or to a fine, or to both; (b) on summary conviction, to a fine not exceeding the statutory maximum (currently £5000).  Punishment for conspiracy - which is triable only in the Crown Court - would be limited to 2 years imprisonment - Criminal Law Act 1977 s.3

Proceedings for the interception offences may only be instituted in England and Wales, with the consent of the Director of Public Prosecutions

Investigation of the matter has been going on for a considerable time as part of the Metropolitan Police Service's Operation Weeting.

A "charging decision" has been made in respect of certain individuals - see the statement by the Crown Prosecution Service 23rd July where the charges are set out in full.  The judicial process will now take its course with those charged appearing before Westminster Magistrates' Court on a date yet to be announced.
Posted by ObiterJ at Tuesday, July 24, 2012