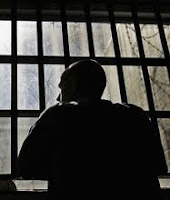 The prolonged police detention of mentally-ill man without adequate medical care violated his Convention rights - M.S. v. the United Kingdom (application No. 24527/08).  In a judgment which is not final, the Fourth Section of the European Court of Human Rights held, unanimously, that there had been a violation of Article 3 (prohibition of inhuman or degrading treatment) of the European Convention on Human Rights; it held, by a majority, that there had been no violation of Article 13 (right to an effective remedy) of the Convention.

The case concerned the detention of a mentally-ill man in police custody for more than three days.  The Court held in particular that the applicant’s prolonged detention without appropriate psychiatric treatment had diminished his human dignity, although there had been no intentional neglect on the part of the police.


The applicant, M.S., is a British national who
was born in 1970. He was arrested in Birmingham in the early morning of 6 December 2004, after the police had been called to deal with him because, highly agitated, he was sitting in a car sounding its horn continuously. His detention at a police station was authorised under the 1983 Mental Health Act, which allows the detention of a person suffering from a mental disorder for up to 72 hours for the purpose of being examined by a doctor and receiving treatment.

The police subsequently found Mr S.’s aunt at his address, seriously injured by him. Following his arrest, a psychiatric specialist assessing Mr S. found that he suffered from a mental illness of a nature or degree warranting detention in hospital in the interests of his health and safety and for the protection of others. The assessment was confirmed by a second specialist.

After a local psychiatric intensive care unit had informed the police that it would not be able to admit Mr S., efforts were made on the same day to place him in a clinic with a medium secure unit. However, in view of the fact that Mr S. might be charged with an offence and remanded in custody, a consultant forensic psychiatrist at the clinic did not consider that the clinic’s involvement was immediately necessary.

Mr S. remained in police custody for more than 72 hours, locked up in a cell where he kept shouting, taking off all of his clothes, banging his head on the wall, drinking from the toilet and smearing himself with food and faeces. On the second day of his custody, the prosecution service concluded that there was insufficient evidence to charge him. After more than three days in detention, following the advice of the consultant forensic psychiatrist, Mr S. was taken in handcuffs to the clinic where he received treatment.

Under Articles 43 and 44 of the Convention, this Chamber judgment is not final. During the three-month
period following its delivery, any party may request that the case be referred to the Grand Chamber of the
Court. If such a request is made, a panel of five judges considers whether the case deserves further
examination. In that event, the Grand Chamber will hear the case and deliver a final judgment. If the referral
request is refused, the Chamber judgment will become final on that day.
Posted by ObiterJ at Wednesday, May 09, 2012