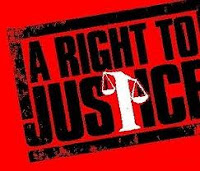 Lord Bach, the Shadow House of Lords Spokesman on legal aid has resigned - The Guardian 2nd May 2012.

Lord Bach described the legislation as a "bad day for the British justice system". The former criminal barrister said he had stayed on to fight the bill but would now go to the backbenches.

"I was determined to see this through," he said. "It's such a rotten bill. This
demeans our justice system and therefore our country. What we now do is to encourage rich foreign litigants to come to this country and [fight their cases in court]. But we take away from the poor their access to justice. What a scandal that is.

"I shall go on the backbenches to make sure that social welfare causes are not forgotten. The Lords didn't like this bill at all. They spotted it for what it was. It was picking on people who can't defend themselves."

The cuts, which remove support for most cases involving housing, welfare, medical negligence, employment, debt and immigration, will come into force next year.  These are frequently difficult areas where people will be left to struggle without the assistance of a lawyer should their case have to go to court.

However, it is interesting that Labour is cautious about promising to repeal legal aid cuts. Andy Slaughter, Labour's justice spokesman, said: "It's very difficult to say where we will be in 2015 and … how much money we will have."  That sounds fair enough but is he actually saying that the relatively modest amount needed for fuller legal aid will possibly not be there?  That would be very hard to believe when one considers government expenditure as a whole.

I readily acknowledge that this post is one-sided.  It is as one-sided as Part 1 of this Act is a massive disappointment. I hope to do a more detailed analysis of the Act in the next few days.  Aside from legal aid, the Act has many other provisions which merit full consideration and some of those are not without their problems !!

The Solicitors Journal (1st May) reported that LASPO is now an Act whilst, on 30th April, the journal argued that The legal aid bill is a disaster for both clients and providers.  The Law Society Gazette (1st May) also published LASPO goes on the statute book.  The Bill met with considerable opposition in the House of Lords where some 11 amendments were put forward only for the majority of them to be reversed by the House of Commons.  In reversing some of the amendments, the Commons in effect argued its primacy over financial matters stating that the Commons disagreed "because it would alter the financial arrangements made by the Commons, and the Commons do not offer any further Reason, trusting that this reason may be deemed sufficient."

The Parliamentary Under-Secretary of State at the Ministry of Justice (Mr Jonathan Djanogly) may be seen on Youtube relishing the passage of this Act.