As discussed in the post of 15th May, Part 1 of the government's Crime and Courts Bill  - (sponsored by the Home Office) - will create a new National Crime Agency (NCA) and abolish the Serious Organised Crime Agency (SOCA) and the National Policing Improvement Agency (NPIA)..   See the text of the Bill as it stood at First Reading and Explanatory Notes.  For more information see also Home Office - Crime and Courts Bill


This post considers Part 2 - Courts and Justice.  In Part 2 there are various provisions addressing civil and family proceedings; judicial appointments and deployment of the judiciary; payment of fines; enabling the making and use of films and other records of proceedings and community and other non-custodial sentencing.   In addition, this post looks at Part 3 Clause 27 - Drugs and Driving.  As frequently happens, it is likely that further provisions will be tagged on to this Bill as it passes through Parliament.  The opportunity for Ministers to do this seems to be irresistible. 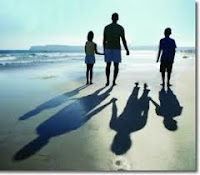 
The Bill also inserts Part 4A into the Matrimonial and Family Proceedings Act 1984 to create a Family Court for England and Wales.  It will have the jurisdiction and powers conferred on it - (a) by or under the Crime and Courts Act or any other Act; (b) by or under any Act, or Measure, of the National Assembly for Wales.  The court will be a "court of record" and will have a seal.

Part 2 of the Children, Schools and Families Act 2010 (family proceedings) is repealed.  This will remove from the statute book a so far unimplemented scheme relating to publication of information relating to family proceedings.  (See Commenting on Family Cases 17th May 2011).  There are also further repeals relating to this Act.


Clause 17 also gives effect to Schedule 9 (amendments in connection with the county court replacing the existing county courts) has effect and Schedules 10 and 11 (amendments in connection with the establishment of the family court).  These Schedules are, in themselves, very detailed and they will be supplemented by both court rules and Regulations.

At the present time, there are some 170 County Courts in England and Wales.   Each has its won legal identity and serves a defined geographical area.  Certain civil matters, for example in respect of proceedings in contract and tort or actions for the recovery of land, can be dealt with by all county courts, whereas other civil cases, for example family proceedings, certain contested probate actions and bankruptcy claims, are handled by designated county courts.  The idea of forming a single County Court goes back at least to the report by Sir Henry Brooke - "Should the Civil Courts be Unified?" - (August 2008).  In March 2011, the Ministry of Justice issued a consultation "Solving disputes in the county courts: creating a simpler, quicker and more proportionate system" and views were sought as to whether a single county court should be established.

The creation of the Family Court requires legislation.  However, there are many other developments taking place in family law - see Family Justice Modernisation Programme

Judicial appointments - Clause 18 - this clause gives effect to Schedule 12 which is divided into 5 parts.  Part 1 provides for there to be no more than the equivalent of 12 full-time judges of the Supreme Court, rather than exactly 12 judges, and makes provision about their selection.  In my view, Part 1 is likely to prove controversial since there is a provision that a selection commission may include the Lord Chancellor as a member though he may not chair it.  The President of the Supreme Court will not be able to be a member.  The inclusion of the Lord Chancellor may well be seen as political interference in the selection process.

Part 2 contains provisions to facilitate greater diversity among judges. Part 3 amends provisions about membership of the Judicial Appointments Commission. Part 4 makes provision about selection for certain judicial  appointments, and provides for the transfer, from the Lord Chancellor to the Lord Chief Justice or the Senior President of Tribunals, of functions in connection with selection for and appointment to judicial offices.  Part 5 abolishes the office of assistant Recorder.

The Constitutional Reform Act 2005 ("the CRA") made a number of substantial changes to the process for selecting and appointing various judicial office holders within the United Kingdom.   Part 4 of the CRA, which established the Judicial Appointments Commission, now governs the selection and appointment process for appointing judicial office holders to the courts in England and Wales, together with appointments to specified tribunals in the United Kingdom.   A Supreme Court of the United Kingdom was also established by section 23 of the CRA.   A separate process for selecting and appointing the President, Deputy President and Justices of the UK Supreme Court is governed by Part 3 of the CRA.
In November 2011, the Ministry of Justice published a consultation document entitled Appointments and Diversity: A Judiciary for the 21st Century.  The consultation sought views on legislative changes to achieve the proper balance between executive, judicial and independent responsibilities and to improve clarity, transparency and openness in the judicial appointments process.   In addition the consultation also sought views on creating a more diverse judiciary that is reflective of society.   The Government published its response to the consultation on 11 May 2012.

Deployment of the Judiciary - Clause 19 - The Lord Chief Justice’s deployment responsibility includes (so far as it would not otherwise do so, and subject to having regard to the responsibilities of the Senior President of Tribunals) responsibility for the maintenance of appropriate arrangements for -

Payment of fines - Clause 20 is concerned with amending the law relating to payment of fines and other sums.  Clause 21 - deals with disclosure of information for calculating fees of courts, tribunals etc.
Clause 20 of the Bill will enable the imposition and recovery of a charge imposed on offenders for the costs of collecting or pursuing financial penalties and clarifies the role of the fines officer.

Disclosure of information for calculating fees of courts, tribunals etc.  - Clause 21 - The clause is concerned with "fee remission applications" which can be made under various enactments - e.g. Courts Act 2003 s92 or Constitutional Reform Act 2005 s52 etc.  When an application is made it will be possible for social security information or tax credit information or finances information to be disclosed to a "relevant person."

The Lord Chancellor and Secretary of State for Justice made a written ministerial statement on 6 September 2011 stating his intention to allow, in limited circumstances and with certain safeguards, the recording and broadcasting of certain aspects of court proceedings. Clause 22 provides the Lord Chancellor with powers to bring forward secondary legislation, with the consent of the Lord Chief Justice, to give effect to this.
Community and other non-custodial sentencing of adults - Clause 23 -

The Secretary of State may by regulations make provision for, or in connection with, dealing non-custodially with offenders aged 18 or over.

On 27 March 2012, the Ministry of Justice published a consultation on community sentencing entitled Punishment and Reform: Effective Community Sentences  The consultation seeks views on a set of proposed reforms to the way sentences served in the community operate in England and Wales. The consultation is scheduled to conclude on 22 June 2012.  Clause 23 is designed as a placeholder to allow the Secretary of State for Justice to bring forward amendments in the light of responses to the consultation.

The Misuse of Drugs Act 1971 ("MD Act") prohibits the production, import, export, possession and supply of "controlled drugs" (subject to regulations made under the MD Act). The definition of the term controlled drugs is set out in section 2 of the MD Act.  However, it is not an offence under the MD Act to have a controlled drug in your body.
Supplementing the above, section 4 of the Road Traffic Act 1988 ("the 1988 Act") makes it a criminal offence to drive, or be in charge of, a mechanically propelled vehicle when under the influence of drink or drugs.
The difficulties involved in proving impairment due to drugs means that section 4 of the 1988 Act is not often used in drug driving cases. While section 5 of the 1988 Act makes it a separate offence to drive or be in charge of a motor vehicle with an alcohol concentration above the prescribed limit, no similar offence exists for drugs.


In December 2009, Sir Peter North CBE QC was appointed by the then Secretary of State for Transport, to conduct an independent review of the law on drink driving and drug driving.  North's Report of the Review of Drink and Drug Driving Law was published in June 2010 and made a variety of recommendations in regards to drink and drug driving, including that further consideration should be given to introducing a new specific offence of driving or being in charge of a motor vehicle with a concentration of a controlled drug above a specified limit.

Following Sir Peter North CBE QC’s report the Transport Select Committee published, in December 2010, a report on drink and drug driving law . The Committee favoured the adoption of a "zero-tolerance" offence for illegal drugs which are known to impair driving.

The Secretary of State for Transport made a written ministerial statement on 21 March 2011 which announced the publication of the Government’s response to the reports by Sir Peter North CBE QC and the Transport Select Committee on Drink and Drug Driving(CM 8050) - here.   The response endorsed Sir Peter North CBE QC’s recommendation that the case for a new offence relating to drug-driving should be examined further. Clause 27 of the Bill provides for such an offence.
As presently drafted, the offence will apply where a person (D) - (a)  drives or attempts to drive a motor vehicle on a road or otherpublic place, or (b) is in charge of a motor vehicle on a road or other public place,
and there is in D’s body a specified controlled drug.

There is a further defence if D is able to prove that at the time D is alleged to have committed the offence the circumstances were such that there was no likelihood of D driving the vehicle whilst the proportion of the specified controlled drug in D’s blood or urine remained likely to exceed the specified limit for that drug.
The court may, in determining whether there was such a likelihood, disregard any injury to D

See Department for Transport - Frequently Asked Questions - Drug Driving offence and drug screening devices
and any damage to the vehicle.
Addendum 19th May:  A great deal more information about this Bill is available via Home Office - Crime and Courts Bill