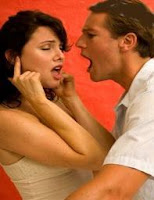 Update 21st April 2014: The defence discussed in this post is to be abolished from 13th May 2014 though the abolition is not retrospective - Antisocial Behaviour, Crime and Policing Act 2014 section 177.

A defence to any criminal charge (other than treason or murder) - available only to women - is that of Marital Coercion.  The defence appears in the Criminal Justice Act 1925 section 47:


Abolition of presumption of coercion of married woman by husband.


Hence, unlike the old common law. coercion of the wife is not to be presumed, but it may nevertheless be proved.

To establish the defence, the man and woman
must be married at the time of the offence in relation to which coercion is claimed.  A mistaken (even if reasonable) belief that she is married will not suffice: Ditta, Hussain and Kara [1988] Crim LR 42.  Furthermore, section 47 requires both that the offence be committed in the presence of the husband and also under his coercion.  The word coercion has been said to amount to an external force which cannot be resisted and which impels a person to act otherwise than the person would wish: DPP for Northern Ireland v Lynch [1975] AC 653.  In Richman [1982] Crim LR 507, Hutton J directed the jury that coercion could be physical or moral.  Coercion, however, differed from trying to persuade someone out of loyalty but involved proof that the wife was forced unwillingly to participate in the offence.  Hutton J's direction was approved by the Court of Appeal in Shortland [1996] 1 Cr App R 116 - and see R v Cairns, Zaidi and Chaudhary [2002] EWCA Crim 2838 at para 57.

One criminal law textbook states: "The need for this defence is highly questionable as it is doubtful whether a woman coerced to commit an offence would give evidence in court which could be used to establish the guilt of her husband" - Michael Allen Textbook on Criminal Law (10th Ed, 2009).  This statement perhaps holds water where the couple continue to be in some form of continuing relationship but is the statement as valid where, some time after the offence has been committed, the couple have separated or divorced?  Furthermore, given the greater present-day knowledge of the extent of "domestic violence" (in its various forms) is it perhaps reasonable to conclude that "coercion" may be more widespread than commonly assumed?  See "Adjust the Sails" "Marital Coecion - a likely defence" - for an interesting view.

If this statutory defence were to be abolished, it might be open to a woman to plead the common law defence of duress which is available to all offences other than murder or attempted murder and some forms of treason.  (The law of treason is ancient, obscure, complex and extremely rarely used).  However, in the present state of the law, duress is limited to threats of death or physical violence and there is an objective test relating to the effect which the threats would have on a sober person of reasonable firmness sharing the characteristics of the defendant.  If duress is made a "live issue" in a trial then the prosecution bears the burden of disproving it.

The Law Commission recommended abolition of the defence of marital coercion as long ago as 1977 - (Law Com No. 83 (Defences of general application) and the Commission did not include it in the Draft Criminal Code (Law Com No 177).

There were several reasons for this, including the following:
Parliament did not extend the defence to civil partnerships.

Interestingly, the defence appears to have been argued in road traffic cases as in the Ashley Fitton case in 2000.

Other reports - touching on the related subjects of "duress by threats" and "duress of circumstances" are Law Commission reports - "Legislating the Criminal Code: Offences against the Person and General Principles" (Law Com No 218) and "Murder, Manslaughter and Infanticide" (Law Com No 304).  These are lengthy documents but they are essential reading for the serious law student or practitioner.
Posted by ObiterJ at Saturday, June 02, 2012