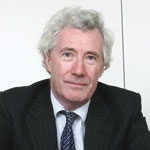 Lord Sumption was sworn in as a Justice of the Supreme Court on 11th January 2012.  Since then he has made two speeches:
The latest speech, relating to Foreign Affairs, is considered by Joshua Rozenberg writing in The Guardian 16th May - "If Sumption has his way, courts will hold foreign secretary to account."

Traditionally, there have been areas
where the courts feared to tread and, typically, these included various areas where Royal prerogative powers have held sway.  The conduct of foreign affairs and the disposition of the Armed Forces of the Crown are such areas.  The judges tended to state that some areas of decision-making were "non justiciable."  Underlying this attitude was perhaps the view that Parliament was the proper place for Ministers to be held to account in relation to their decisions in such areas.  Holding the executive accountable is, in constitutional theory, a key role of Parliament.  However, with a somewhat executive-dominated House of Commons there are questions about whether, in practice, Parliament is all that effective.  The views of Lord Sumption are, as ever, interesting.  Whether his views are indicative of the future stance of the courts remains to be seen and, of course, many judges prefer to reserve their views for cases coming before them in which the point is in issue.  (As an example of the latter see Lord Carswell's speech in R (Gentle) v Prime Minister at para 63).


The reader may be interested to look at the following cases which arose in the context of the Iraq War:

R (Gentle) v Prime Minister, Secretary of State for Defence and Attorney-General [2006] EWCA Civ 1689 - Sir Anthony Clarke MR, Lord Judge (President of the QBD) and Dyson LJ.  Note:  Jonathan Sumption QC (as he then was) acted for the the respondents.

The Queen's Speech indicated that a Bill is to be introduced to bring the Justice and Security Green Paper into law.  This will introduce closed material procedure into sensitive cases of the type where Ministers might be keen to avoid detailed scrutiny.  Typically, such cases are likely to arise in connection with foreign affairs and defence.  The Law Society (9th May) responded to the Justice and Security Bill by saying:

"The secret justice proposals in the Justice and Security Bill must not become a cloak for a Government to hide its blushes nor be allowed to deny justice to deserving cases."

Attention is also drawn to a speech (25th January) by Lord Kerr - Lord Kerr at the Clifford Chance Lecture (PDF) - The UK Supreme Court - The modest underworker of Strasbourg?