My stories of the Week 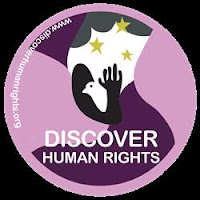 Parliament has been in recess and resumes business on 6th June. The Supreme Court and the Senior Courts of England and Wales will commence the Trinity Law Term on 7th June - (for an interesting explanation of Law Terms see the Calculator).  The week has therefore been a little quieter than is often the case.    In each week, there are notable events and stories which catch our eye.  Here is my choice for this past week.

A good website - I have no hesitation in linking the reader to "Discover Human Rights."  Here is a website which is a must for anyone who wishes to know more about human rights.  The site is based in the USA but contains resources of immense value to every interested person and excellent resources for those in education.  Please take a look and browse around.

The indictment of Ratko Mladic - my companion blog "Watching the Law" tells more of the events at Srebrenica in 1995.  It is a harrowing story of genocide.  The appearance of Ratko Mladic before the International Criminal Tribunal for former Yugoslavia (ICTY) was a long-awaited event.  It is interesting that Serbia itself was cleared of genocide by the International Court of Justice but found to be in breach of its obligation to prevent genocide - (see ICJ - Bosnia and Herzegovina v Serbia and Montenegro).   It is not merely States that may be found liable for crimes such as genocide.  There is individual responsibility which was argued at the Nuremberg Trials to be "necessary as well as logical .. if international law is to render real help to the maintenance of peace " - (Opening Statement of Prosecutor Robert Jackson).  I was particularly struck by the immense courtesy of the Judge (Alphons Orie) before whom Mladic first appeared at The Hague.  This again reminded me of Robert Jackson's comment at Nuremberg about
staying "the hand of vengeance" and submitting the accused to the "judgment of the law."  However, I felt that the judge was courteous to a fault.  For example, asking Mladic if he wished the full indictment to be read out handed him the opportunity to comment - "I do not wish to have a single letter or sentence of that indictment read out to me."  Why not merely order that the indictment be read?  Like any court, the ICTY must keep full control of its proceedings at all times and not give unnecessary opportunities for disruption.  Also, it is notable that there are 11 counts on the indictment.  The ICTY would do well to heed the observations of Geoffrey Robertson QC - "Mistakes the Mladic trial needs to avoid."

A disturbing story -The Telegraph 5th June tells the story of Mr Tony Hunt who is now facing considerable legal costs.  It appears that he was falsely accused of rape, was convicted, had his conviction quashed on appeal, failed to obtain compensation for "miscarriage of justice", sued his accuser for malicious prosecution only for the Court of Appeal to hold that she was not the prosecutor. Solicitors are now seeking to recover the costs of the civil action from him.  It appears that he faces bankruptcy. The Court of Appeal judgment is Anthony Hunt v AB [2009] EWCA Civ 1092

Around the blogs - there have been some good items this week on many blogs.  The UK Human Rights blog excels as usual with an array of interesting posts including one about "Winterbourne Park" which highlights some of the serious problems inherent in taking legal action in relation to poor care of vulnerable adults.   Lallandspeatworrier - (what a great name for a blog) - offers his take on the Alex Salmond and the Supreme Court.  Salmond is of course exceptionally nationalist in his views but, as peatworrier says, "That the SNP has decided to make its case for the "sanctity" of Scots Law, riding on the back of this palpable unjust set of proceedings - is crackers."   Finally, the inimitable CharonQC is always entertaining but with a serious underlying point - has "Muttley Dastardly LLP - Trainee is interviewed for a training contract."
Posted by ObiterJ at Sunday, June 05, 2011