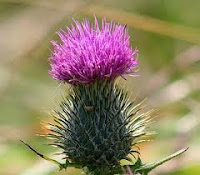 
Schedule 6 of the Scotland Act 1998 deals with "devolution issues."  This Schedule defines the term "devolution issue" which includes questions as to whether a "purported or proposed exercise of a function by a member of the Scottish Executive is, or would be, incompatible with any of the" rights under the European Convention on Human Rights or with Community Law.   The Schedule creates special procedures applying if a devolution issue arises in legal proceedings.

Flush with his recent
electoral success in the Scottish Parliament elections, Alex Salmond (the First Minister) is attacking this process - see The Guardian 1st June 2011.  Salmond has accused the Supreme Court of "intervening aggressively" in Scotland's independent legal system after it ruled that the Scottish system had twice breached the European convention on human rights in significant criminal cases.  Salmond has also criticised the Scottish members of the Supreme Court - Lords Hope and Rodger.  Both previously held Scotland's highest judicial post - Lord President of the Court of Session and Justice General of Scotland -   Lord Hope from 1989 to 1996 and Lord Rodger from 1996 to 2001.

This system has introduced a complication but it is supportable on the basis that interpretation of Convention Rights should be uniform throughout the United Kingdom.  It also retains the point that cases raised before the European Court of Human Rights come from the United Kingdom as opposed to coming from one of the constituent parts of the U.K.   Whether this argument will withstand the rising tide of Scottish Nationalism is a moot point.

The Cadder case concerned questioning of suspects (detained under the Criminal Procedure (Scotland) Act 1975 s14) when such suspects had not had access to legal advice.  Lord Hope noted (at para 4) - "It is remarkable that, until quite recently, nobody thought that there was anything wrong with this procedure. Ever since the statutory power to question a suspect prior to charge was introduced by sections 1 to 3 of the Criminal Justice (Scotland) Act 1980, the system of criminal justice in Scotland has proceeded on the basis that admissions made by a detainee without access to legal advice during his detention are admissible."

Of Interest to Lawyers blog - "Scots get tartans in a twist about SCUK" - this interesting post argues that it would have been preferable to leave devolution issues with the Judicial Committee of the Privy Council which was where these cases went from the coming into force of the Scotland Act up to the formation of the Supreme Court of the UK in 2009.   That arrangement would have allowed more Scottish judges to sit on devolution issue appeals.


For a Scottish take on this see LallandsPeatWorrier   who, referring to the Fraser case, points out: - "That the SNP has decided to make its case for the "sanctity" of Scots Law, riding on the back this palpable unjust set of proceedings - is crackers."