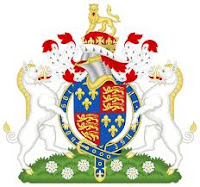 The brutal death of Richard III (aged 32) at Bosworth Field, Leicestershire in 1485 marked the end of the Wars of the Roses between the Houses of Lancaster and York.  This was a turbulent and bloody period of what was essentially internecine warfare.  The victor of Bosworth Field was Henry Tudor who became Henry VII - the first of the Tudor line of Monarchs who ruled until the death of Elizabeth I in 1603.  Richard was declared King by Parliament - Titulus Regius 1483 - but his reign was destined to be short though it was not without lasting influence on the law.

Richard required judges to dispense justice without regard to the rank, wealth or power of those before them.  This has resonance in the Judicial Oath of today which refers to doing justice 'without fear or favour, affection or ill will.'.  The granting of bail to those accused of a crime also dates from his reign.  The right to bail for an accused person is directly linked to the crucial presumption of innocence.  (Of course, bail may be refused when specified circumstances apply).  These and other reforms are described on the Leicester University website .  Having law translated from Latin and French into English was of particular importance since the law became more accessible.  (Even today, there is no website made available by government to enable the citizen to see up-to-date legislation).

Richard has been vilified over the centuries mainly because of historical suspicion that he was involved in the deaths of his nephews (Edward and Richard - 'the Princes in the Tower').  Shakespeare wrote (Richard III Act 4 Scene 4):

“Bloody thou art, bloody will be thy end; Shame serves thy life and doth thy death attend.”

The case against Richard is insubstantial - see Princes in the Tower.  Whether the Princes were murdered and, if so, by whom remains an unsolved mystery.

"Hence, heap of wrath, foul indigested lump, As crooked in thy manners as thy shape!"

He was also said to have a 'withered arm' but the discovery of the remains seems to rule this out..

Richard's death was bloody.  History tells us that, in the thick of the fighting, he became unhorsed and was then slain.  There can be no doubt that, whatever his disabilities, he fought the battle with great physical courage: the last king of England to die in battle.

Richard's remains are to be interred at Leicester Cathedral in 2014 - The Telegraph 4th February.

Bosworth Field may be taken as 'closing a long chapter in English history .... the strife of the Red and the White Rose had in the main come to an end.  Neither won.  A solution was reached in which the survivors of both causes could be reconciled.'  Here, Churchill was referring to the marriage of Henry VII to Elizabeth of York (eldest daughter of Edward IV).  This united the Houses of York and Lancaster.

Later, Churchill noted that the "prolongation of strife, waste, and insecurity in the fifteenth century had aroused in all classes an overpowering desire for strong, ordered government.  The Parliamentary conception which had prevailed under the house of Lancaster had gained many frontiers of constitutional rights.  These were now to pass into long abeyance.  Not until the seventeenth century were the old maxims, "Grievances before supply", "Responsibility of Ministers in accordance with the public will", "The Crown the servant and not the master of the State", brought again into the light ...."

Clearly, there is much in this which continues to have resonance in modern times when the powerful executive has essentially got control of Parliament.  In his February 2013 evidence to the Lords Constitution Committee, the Lord Chief Justice referred to the separation of powers and noted that the legislature is full of members of the executive.

The Daily Mail - Simon Heffer - 13th September 2012 - 'Yet the key to his story is one of the oldest clichés of all: That history is written by the victors.  By losing the Wars of the Roses .... Richard has been at a massive disadvantage.'


The Battle of Bosworth Field 1485

The Trial of Richard III - A three-judge panel chaired by the Honorable William H. Rehnquist, Chief Justice of the United States, today found King Richard III not guilty of the murder of his nephews, the famous "Princes in the Tower."

Inner Temple Garden London - where Shakespeare said the sides in the Wars of the Roses chose their colours: White Rose for York, Red for Lancaster.