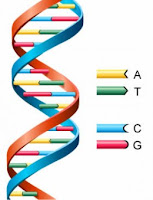 A previous post asked whether' DNA evidence' was truly the 'Gold standard' of forensic science - Law and Lawyers 5th August 2011.   The Forensic Science Service, referred to in that post was closed on 31st March 2012. The closure was met with considerable concern - see, for example, The Independent 2nd April 2012 and  BBC News July 2011

Many of the evidential problems relating to DNA arise in connection with either low copy number (LCN) DNA or where mixed samples are obtained at a crime scene.

An article in Barrister Magazine considered the need for introducing a standard in relation to low copy number (LCN) DNA.  This is a particularly problematic area where the evidence comes from minute quantities of material and where the results are particularly open to differing expert interpretation.  As the article states - "

"Forensic scientists remain deeply divided as to the integrity and reliability of the LCN testing technique.  Conflict arises: whereas some scientists are prepared to analyse and offer an interpretation of samples where the amount of DNA available for analysis is very low, others discredit the task of attempting such analysis ..."

The Court of Appeal (Criminal Division) has just decided R v Duglosz, R v Pickering and R v MDS  [2013] EWCA Crim 2 which was concerned with the admissibility of DNA evidence obtained from Low Copy Number and Mixed Samples.  Three appeals were heard together.  The case highlights the difficulties faced by expert witnesses, judges and jurors when assessing the significance of such evidence.

All three appeals proceeded on the basis that the DNA evidence was given (a) without any of the experts being able to provide a random match probability; (b) it was not possible to tell when the DNA was deposited or how it had been deposited (whether by primary, secondary or tertiary transfer) or the origin of the DNA, such as skin or fluid and (c) none of the experts who gave evidence in the trials of Duglosz and Pickering were prepared to give evidence using the sliding scale of expressions used in other areas of expert evidence such as handwriting, fibres, glass fragments, footwear patterns or "facial mapping".  (For 'sliding scale' see (e.g.) the Atkins case 2009).

In such circumstances, the layman could be forgiven for thinking that the evidence should be excluded altogether but that was not the court's view.  The court said (para 28):

' .... provided the conclusions from the analysis of a mixed profile are supported by detailed evidence in the form of a report of the experience relied on and the particular features of the mixed profile which make it possible to give an evaluative opinion in the circumstances of the particular case, such an opinion is, in principle, admissible, even though there is presently no statistical basis to provide a random match probability and the sliding scale cannot be used.'

The court made a 'general observation' (para 29):

In Dlugosz and MDS, the evidence was presented through the use of a written presentation handed to the jury explaining the basic science of DNA. We understand from counsel that it is now general practice to provide such materials to the jury. We would hope that, unless there are unusual circumstances, such written material will be provided. We were told, however, that no standardised version is available. We see great advantage in there being such standardised material. We hope that the Forensic Science Regulator in conjunction with the Royal Society and the Royal Statistical Society can assist in providing such material in a format understandable by a jury and in way that is not open to debate.

Whilst such material would be very helpful, it remains to be seen whether the court's observation will prove to be just an idealistic hope since 'not open for debate' is, in this area of science, itself highly debatable!

At a trial, the verdict is of course to be determined by reference to ALL the evidence and not just the expert's opinion about DNA.  Juries have to be very carefully directed in this area but, ultimately, it is for the jury to decide the weight to be given to such evidence.  As an example, in Duglosz's case there was also 'bad character' evidence in the form of previous convictions which the Crown sought to adduce under s.101(1)(d) of the Criminal Justice Act 2003 as relevant to an important issue. The Crown relied on s.103(1)(a) - the propensity of Dlugosz to commit offences of the kind with which he was charged.
Posted by ObiterJ at Saturday, February 02, 2013