Brexit ~ some thoughts on an autumn morning 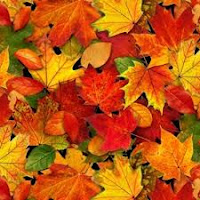 Autumn leaves are with us and so is the mess that has become of Brexit.  In fact, it is a major understatement to describe the situation as a mess.  Where are we now?  A few thoughts ....

Article 50 of the Treaty on European Union is the mechanism by which a Member State of the EU leaves the club.


Art 50(3) states - "The Treaties shall cease to apply to the State in question from the date of entry into force of the withdrawal agreement or, failing that, two years after the notification referred to in paragraph 2, unless the European Council, in agreement with the Member State concerned, unanimously decides to extend this period."

It is generally thought that an extension would be agreed if it were requested for good reason - e.g. to hold a further national vote etc.

There are calls for the people to have a say as to whether the UK should accept any withdrawal agreement reached by the UK government and EU - see the People's Vote campaign.  The campaign's reasons for seeking a vote are set out on their website and include the point that 'new facts have come to light about the costs and complexity of Brexit that no one could have known two years ago.   New facts like [the] £50 billion divorce bill we will be forced to pay between now and 2064 simply to leave.'   The UK government has (so far) set its face against any such "People's Vote."

There are also serious concerns relating to the conduct of the 2016 referendum campaign - see Electoral Commission Report on the 2016 Referendum and the Commission's findings relating to Vote Leave - but there appears to be minimal political interest regarding the extent to which irregularities in the campaign may have impacted on the fairness of the referendum.  This disinterested attitude seems to have also infected the Metropolitan Police which has stalled the launch of any criminal investigation into three pro-Brexit campaigns – citing “political sensitivities” - see Open Democracy 11 October.

Various arguments have been deployed to avoid holding a further "people's vote" and these are addressed in a post by Professor Chris Grey on his Brexit blog - The arguments against another referendum don't stack up.

It seems unlikely that such a vote could be (a) legislated for and (b) held in a timely manner unless "exit day" is deferred.  The practicalities of enacting the required legislation were looked at in a previous post of 16 July and in a useful analysis at UCL Constitution Unit 9 October.

Whatever view one takes as to the desirability of a further vote, there is one inescapable fact.  The UK leaves the EU on 29 March 2019.  That is the undoubted effect of Article 50.  Before any serious steps could sensibly be taken to have a further vote it would be necessary to know whether the EU would agree to an extension of time.

The Parliamentary arithmetic is difficult to predict and there is the possibility that the House of Commons could reject the withdrawal agreement.  The Conservative government is supported by a supply and confidence agreement with the Democratic Unionist Party (DUP) of Northern Ireland and the DUP is threatening to pull out of that agreement - see The Guardian 12 October - since the party is firmly against a border of any kind, visible or not, crossing the Irish Sea and dividing Northern Ireland from the rest of the UK.

In the event that a Withdrawal Agreement is approved by Parliament then further legislation will be required to implement the Agreement.

A draft withdrawal agreement was published on 28 February 2018  with important issues left open for further negotiation - e.g. the position of Northern Ireland.

It was not until July 2018 that the UK put forward its own "Framework for the future relationship between the UK and the EU" - the "Chequers proposal."

It may not be possible to reach a withdrawal agreement.  Alternatively, a negotiated agreement could fail either if the European Parliament did not give consent or the European Council failed to secure the qualified majority required to approve it.

A negotiated agreement could also fail to be approved by the UK Parliament.

It is thought by most legal commentators that revocation of the Article 50 notification is possible by agreement.  The more difficult issue is whether the notification can be revoked unilaterally by the UK.  The Article itself is silent on the point.

Scotland's Court of Session (Inner House) has made a reference to the Court of Justice of the EU on the question whether, as a matter of EU law, the UK may unilaterally revoke the Article 50 notification - Andy Wightman MSP v Secretary of State for Exiting the EU [2018] CSIH 62.  The CJEU is to hear argument on 27 November 2018.  This has always appeared, at least to me, to be an important question and it is noteworthy that the UK government has shown no interest in finding the answer on the basis that it has no intention of revoking the notice.

If the notification can be unilaterally withdrawn then MPs would be voting in full knowledge of all the possibilities.  As the Court of Session stated (para 7) - "They could not only elect to reject the agreement because it was, in their view, a worse deal than having no agreement at all, but also because both the agreement or the absence of an agreement were worse than remaining in the EU; a situation which could be achieved by revoking the notification."

It is far from clear how events will unfold.  Nevertheless,  I thought it interesting to consider the position IF a need arises to extend the 2 year Article 50 period.  The government has set its face against this but, in the realpolitik of Brexit, who knows what will actually prove to be necessary?

If a request for an extension were to be made, the European Council would either accept the extension or reject it.  Various scenarios could then arise depending on whether the Art 50 notification can be unilaterally revoked.  I have set down my thoughts in this Table:


The sad reality is that the whole process of Brexit is beset with uncertainty and is immensely damaging for business in general.  In short - a mess !

Preparations for a "no deal" Brexit are in hand - previous post 7 September - Yellowhammer
Posted by ObiterJ at Friday, October 12, 2018