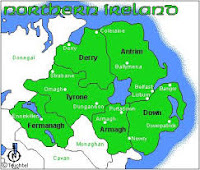 Brexit negotiations have come to a pretty pass with the principal outstanding issue being the Northern Ireland border and the so-called "Backstop" question.  (Or even the backstop to the backstop)!

The Prime Minister made a statement about Brexit Negotiations to the House of Commons on Monday 15 October 2018  - see statement and debate.

On 17 October, the Prime Minister went to the European Council which was meeting in Brussels.  It was hoped that, by this meeting, sufficient progress would have been made in securing a withdrawal agreement but
talks broke down over the weekend 12-14 October and it was not possible to reach agreement.  On the evening of 17 October, Mrs May updated EU leaders on the UK perspective of the negotiations and the Council (EU27) then met to review the negotiations.

Under arrangements first set out in the Joint Report of 8 December 2017 (document A below), when the UK leaves the EU on 29 March 2019 there is to be a transition period lasting until 31 December 2020.

The point of the transition period is to give time to negotiate a future trading relationship.  It is probably unrealistic to think that this can be fully achieved by 31 Dec 2020.  More likely it will take years.  Certainly, it would not be a matter of a few months.  In these circumstances it might be sensible for transitional provisions to end only when a new treaty is agreed but such an open-ended arrangement is not acceptable to Brexiteer politicians.  Nevertheless, there is talk that there might be an option for extension - see BBC News 18 October.

The question of a backstop arrangement arises to avoid the need for a hard border with Northern Ireland in the event that any transition period comes to an end before a deal for the future UK-EU relationship is in place.

There is no desire on either side of the negotiations to end up with a hard border with the potential of risk to the 1998 Good Friday peace settlement.

It is reported that Theresa May is considering extending the transition period (quote) "by a matter of months" beyond 31 December 2020 - BBC News 18 October .

If there is a withdrawal agreement it could be sensible for it to contain some provision for extending the period - see European Policy Centre 28 September 2018 - if only to allow for slippage in negotiations toward a permanent UK-EU future relationship.

A further possibility would be to extend Article 50 so that the UK does not exit the EU on 29 March 2018 - previous post.  This does not, in itself, solve the Irish border issue but would allow time to reach a thoroughly negotiated withdrawal agreement.  The UK government has set its face against an extension of Article 50.

It may be that a withdrawal agreement will yet be reached but the prospect of a "no deal" Brexit looms large and that necessarily entails a return to a hard Irish border.  It will also entail the UK going from being a leading player in Europe to an outsider without arrangements in place for trade with the EU and without the ability to benefit from EU trade deals with non-EU nations.  The feared hard border could be avoided if the UK were to accept the need for the whole UK to remain fully aligned to the EU single market and customs union but Brexiteers will not accept that.

Finally, a row has broken out over the question of a "meaningful vote" in Parliament - BBC News 18 October.  That is the subject of a further post !

B)  Draft Agreement of 19 March 2018 on the withdrawal of the United Kingdom of Great Britain and Northern Ireland from the European Union and the European Atomic Energy Community
- the Transition / Implementation period is defined in Articles 121 and 122.

C)  "Chequers plan" - The future relationship between the UK and the EU - the UK put forward the idea of a free trade area for goods that would avoid the need for customs and regulatory checks between the EU and UK, including at the Border between Northern Ireland and the Republic.  It was claimed that the free trade area for goods would enable the UK and the EU to meet their commitments to Northern Ireland through the overall future relationship.

E)  A brief history of the backstop