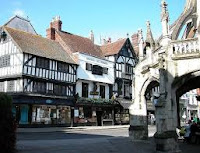 The Organisation for the Prohibition of Chemical Weapons (OPCW) had been invited to send a team of experts to the UK to assist in the technical evaluation of unscheduled chemicals in accordance with Article VIII 38(e) of the Chemical Weapons Convention.  This was to independently verify the analysis carried out by Porton Down and to do this the OPCW wished to collect fresh blood sample from Mr and Ms Skripal so that could undertake their own analysis and conduct DNA analysis to confirm that the samples originally tested by Porton Down are from Mr and Ms Skripal.  OPCW also sought access to their medical records setting out their treatment since 4th March.

Mr Skripal and Ms Skripal are incapacitated and therefore unable to consent to the taking of further blood samples for those purposes.  Salisbury NHS Foundation Trust properly confirmed to the UK Government that a court order would be required to authorise the samples to be taken.

iv)  That it is in the best interests of Mr Skripal and Ms Skripal for the samples to be taken, tested and the notes provide.

Obviously, the precise nature of the material used in the Salisbury attack has yet to be identified.  Nevertheless, the UK government maintains its view that there are only two plausible explanations for what happened in Salisbury - Either this was a direct act by the Russian State against the UK or the Russian government lost control of the nerve agent and allowed it to get into the hands of others - Prime Minister's Statement 12th March.  Russia has denied any involvement in the attack and stated that it would co-operate with the OPCW investigation.

A serious attack within the UK

In a separate development, the European Union recalled its Ambassador to Russia.  This is said to be "for consultation" - BBC News 23rd March.

Also, the following appeared on the website of No. 10 Downing Street: