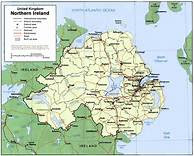 One immediate question is why is Ireland / Northern Ireland dealt with in a Protocol.  Does this matter?  This may be answered by looking at the EU Commission's Questions and Answers which were published along with the draft agreement.

The Joint Report of 8th December 2017  (para 49) provided for THREE options to provide for the Irish situation and it was on the basis of the Joint Report - prepared by the negotiators for the EU and the UK - that the European Council decided that "sufficient progress" had been made in Phase 1 of the negotiations so that negotiations could move on to Phase 2.  Para 49 stated: "The United Kingdom remains committed to protecting North-South cooperation and to its guarantee of avoiding a hard border. Any future arrangements must be compatible with these overarching requirements. The United Kingdom's intention is to achieve these objectives through the overall EU-UK relationship. Should this not be possible, the United Kingdom will propose specific solutions to address the unique circumstances of the island of Ireland. In the absence of agreed solutions, the United Kingdom will maintain full alignment with those rules of the Internal Market and the Customs Union which, now or in the future, support North-South cooperation, the all-island economy and the protection of the 1998 Agreement."

The sentence - "The United Kingdom's intention is to achieve these objectives through the overall EU-UK relationship" - has always required further explanation.  Exactly how would the objectives be achieved?  The UK has not fleshed this out.  Similarly, the UK has not so far presented "specific solutions to address the unique circumstances of the island of Ireland."  That leaves the 3rd Option set out in the last sentence of para 49 - beginning "In the absence of agreed solutions ..."

The Questions and Answers state that ALL three options remain on the Table but go on to say that two of the three options can only be made operational in the context of discussions on the future relationship. (My emphasis].  For this reason, a Protocol has been included setting out, in legal terms, how the third option may be operationalised. This option means that the United Kingdom maintains full alignment with those rules of the Internal Market and the Customs Union which, now or in the future, support North-South cooperation, the all-island economy and the protection of the 1998 Agreement.

The Question and Answers also indicate that "In the case where a solution is found that is different to the Protocol – and which addresses the overarching objectives of avoiding a hard border and protecting the Good Friday Agreement in all its parts – this option could in principle supersede the Protocol. In legal terms, a protocol forms an integral part of an international agreement and has exactly the same effect as any other part of the agreement."  Article 15 of the Protocol - discussed below - provides for the Protocol to be superseded by an alternative agreement.

So, let's turn to the protocol.

The Protocol commences with almost 2 pages of "recitals" or paragraphs beginning with words such as "Having Regard" - "Recalling" - "Recognising" - "Affirming."   These paragraphs set out the background to and the reasons for the protocol.  In particular, one of the paragraphs HIGHLIGHTS that discussions on the "other scenarios may continue to be pursued in parallel, but that this Protocol is based on the third scenario .... and that it applies unless and until an alternative arrangement implementing another scenario is agreed."

The Protocol is then divided into 5 Parts plus 3 Annexes (which form an integral part of the Protocol).

Chapter II Article 2 states that the UK and Ireland may continue to make arrangements between themselves relating to the movement of persons between their territories (the "Common Travel Area").

Chapter III Common Regulatory Area - Article 3 establishes a common regulatory area comprising the EU and "the United Kingdom in respect of Northern Ireland."  This is to be an area without internal borders in which the free movement of goods is ensured and North-South cooperation protected.  Hence, no "hard border" with customs checks etc within the island of Ireland BUT, as many politicians have been quick to point out, there will be a border between Northern Ireland (part of the UK) and the rest of the UK.  This is why the Prime Minister said that it was unacceptable.

The further articles of Chapter III amplify aspects of the Common Regulatory Area.

Article 4 (Free Movement of Goods) which will make the territory of Northern Ireland part of the customs territory of the EU.  Article 4 will have to be read with Annexes 2.3 and 2.4.

Article 5 Agriculture and Fisheries - requires provisions of Union Law on sanitary and phytosanitary rules listed in Annex 2.5 to apply in Northern Ireland.   Union law on the production and marketing of agricultural and fisheries products listed in Annex 2.6 will also apply.

Article 8 Other Areas of North-South Cooperation - a Joint Committee is to keep under review the extent to which the implementation and application of the Protocol maintains the necessary conditions for North-South cooperation and the Committee will have the right to make recommendations.

Article 10 deals with the "Specialised Committee" created by Article 158 of the Agreement.  This committee will, inter alia, facilitate the implementation and application of the Protocol.  The committee is to be composed of representatives from the EU and the UK.  (It's not clear to me why the Republic of Ireland is not specifically mentioned here).

Article 11 Supervision and Enforcement - the EU institutions (including the Court of Justice) will continue to have their jurisdiction in relation to the UK.

Article 12 Common Provisions - this is concerned with ensuring that Union Law is applied within the Common Regulatory Area in a way that is uniform with the EU.

Article 13 Safeguards - enables the UK to unilaterally take appropriate measures if the application of the Protocol leads to seious economic, societal or environmental difficulties which are liable to persist.

Article 14 Protection of Financial Interests - requires the EU and the UK to couter fraud and any other illegal activities affecting the financial interests of the EU or the UK in respect of Northern Ireland.

Article 15 Subsequent Agreement - "Should a subsequent agreement between the Union and the United Kingdom which allows addressing the unique circumstances on the island of Ireland, avoiding a hard border and protecting the 1998 Agreement in all its dimensions, become applicable after the entry into force of the Withdrawal Agreement, this Protocol shall not apply or shall cease to apply, as the case may be, in whole or in part, from the date of entry into force of such subsequent agreement and in accordance with that agreement."

The Protocol - based on Option 3 of the Joint Report - would govern the EU / UK Northern Ireland relationship for the forseeable future.  The protocol will establish a Common Regulatory Area in which Union law will continue to apply.  The principal political problem is the division it will create between Northern Ireland (still part of the UK) and the remainder of the UK.  In effect, a border down the North Sea.  If this is unsatisfactory to the British government then it seems incumbent upon them to put forward an alternative proposal.


No final agreement has yet been reached on the Irish border conundrum and the compromise settled on in the December Joint Report has been fully exposed.  Both the EU and the UK say they are committed to safeguarding the Good Friday Agreement and avoiding the re-introduction of a hard border between Northern Ireland and the Irish Republic.  The UK believes this can be done as part of an eventual far-reaching free trade agreement with the EU and with the help of smart technology.


The commission's draft text will now be debated and possibly amended by the 27 EU member states before being presented to the UK government for negotiation.

Questions and Answers
Posted by ObiterJ at Thursday, March 01, 2018