Today, 17th June, it has been announced that 58 people have died as a result of the Grenfell Tower fire which occurred on 14th June.  There has been debate about whether the correct legal response is an inquest or an inquiry.  The Prime Minister has announced that there is to be an inquiry led by a judge.   Fuller details of the inquiry are awaited but it seems likely that it will be held under the Inquiries Act 2005.

It is not that the Inquiries Act 2005 is a perfect tool because the legislation gives Ministers considerable power in relation to certain aspects of an inquiry.  Criticism of the Act may be seen in this Select Committee report at paragraphs 197 and 198.   The Act replaced the Tribunals of Inquiry (Evidence) Act 1921 and was hurriedly enacted as part of the so-called "wash-up" process just prior to the 2005 general election.  Nevertheless, the Act was subjected to post-legislative scrutiny by a Select Committee which made 33 recommendations - Committee Report 11th March 2014.


The Committee noted - Page 90 para. 6 - that "Where public concern extends significantly beyond a death itself to wider related issues, an inquiry may be preferable to an inquest. If such issues emerge in the course of an inquest, consideration should be given to suspending the inquest and appointing a senior judge as chairman of an inquiry under the Inquiries Act 2005."

If the inquiry is under the 2005 Act then it will be vital to ensure that the terms of reference (section 5) are sufficiently wide to enable all aspects of fire safety in this type of building to be investigated and recommendations made. The Prime Minister has indicated that representatives of victims will be consulted about the Terms of Reference.  Victims and families will also receive State funding for legal representation.  The 2005 Act requires the Minister, in consultation with the Chairman,  to set out the Terms of Reference.

Public concern certainly extends well beyond the tragic deaths at Grenfell Tower.  There are many similar blocks of flats.  It also appears that serious concerns arise regarding the cladding of the building - see, for example, The Guardian 15th June.

INQUEST has helpfully set out a number of reasons why the interests of the bereaved families, survivors and the public at large are likely to be better served by a wide ranging judicial public inquiry rather than an inquest - INQUEST - Statement on Grenfell Tower Fire

For the reasons given by the Select Committee and by Inquest, Mrs May is right to order an inquiry. 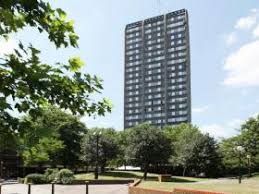 Coroners and Justice Act 2009 - this usually requires a Coroner to suspend an inquest in cases where an inquiry is set up under the Inquiries Act 2005.   See 2009 Act section 11 and Schedule 1 paragraph 3.

For an inquest to be suspended under Schedule 1 para 3(1), the inquiry has to be under the Inquiries Act 2005, the Lord Chancellor has to request suspension of the inquest, the inquiry has to be conducted by a "senior judge" which is defined as a Judge of the High Court, Court of Appeal or Supreme Court.  The Lord Chief Justice has to approve the appointment of the judge.  Most importantly, the terms of reference of the inquiry must include the purposes set out in the 2009 Act section 5.