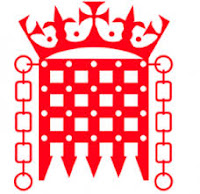 The day AFTER the conclusion of the Second Reading of the European Union (Notification of Withdrawal) Bill, the government published the White Paper - The United Kingdom's Exit from and Partnership with the European Union.   There are 12 key areas - Express - Brexit paper reveals UK plan:

●      Providing certainty and clarity where we can as we approach the negotiations.
●      Taking control of our own laws and statute book.
●      Strengthening the Union by securing a deal that works for the whole of the UK.
●      Maintaining the Common Travel Area and protecting our strong historic ties with Ireland.
●      Controlling immigration from the EU.
●      Securing the rights for EU citizens already living in the UK and the rights of UK nationals living in the EU.
●      Protecting and enhancing existing workers’ rights.
●      Ensuring free trade with European markets whilst forging a new strategic partnership with the EU.
●      Forging ambitious free trade agreements with other countries across the world.
●      Ensuring the United Kingdom remains the best place for science and innovation.
●      Cooperating in the fight against crime and terrorism.
●      And, finally, delivering a smooth, orderly exit from the EU.

A fuller analysis of the White Paper may be the subject of a further post.  However, the following developments are worth noting:


B] House of Commons Procedure Committee - it is widely thought that the Great Repeal Bill will contain extensive powers for delegated legislation so that Ministers are able to bring forward changes to the law and these may well include "Henry VIII" powers so that such delegated legislation is able to amend or remove primary legislation.  The methods used by Parliament to scrutinise such delegated legislation vary considerably but it is a fact that scrutiny is frequently very minimal. The Procedure Committee of the House of Commons has commenced an inquiry into the delegated powers likely to be claimed by the Government in its proposed Great Repeal Bill.
The bill, announced to the House in October 2016, is to be introduced in the 2017–18 Session. It is to repeal the European Communities Act 1972 and convert the existing body of EU law to domestic law. The Government states that this approach is to "preserve the rights and obligations that already exist in the UK under EU law and provide a secure basis for future changes to our domestic law."
The Committee proposes also to examine the scrutiny mechanism necessary for the House of Commons to exercise effective oversight of the use of the powers it has delegated.


C] A legal challenge relating to the European Economic Area (EEA) has been rejected by the High Court - The Guardian 3rd February 2017.  Previous post 28th November - Another Brexit conundrum

D] An article at EU Law Analysis takes a critical look at the White Paper - As bad as it gets: the White Paper on Brexit
Posted by ObiterJ at Thursday, February 02, 2017