Why we need our human rights (3) - Mental Health 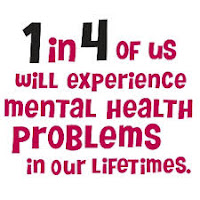 The Convention has had a profound impact upon the way in which those with mental health problems are treated and cared for.  However, this is an important and difficult area where there continues to be room for considerable improvement.  Nevertheless, human rights have been a driving force behind the improvements to law and practice that have occurred in recent times.


The MCA was designed to protect those who cannot make decisions for themselves. The MCA is underpinned by human rights principles that aim to ensure its provisions are applied in a way that respects our human rights. Guiding principles of the MCA include:

The government's response to the committee's report made for rather depressing reading particularly with regard to Deprivation of Liberty Standards - see this document by Cornerstone Barristers.

Please see Overview of the Court of Protection.  Parliament established the court by enacting Part 2 of the Mental Capacity Act 2005.  It came into existence from 1st October 2007 and replaced earlier arrangements often confusingly referred to as court of protection proceedings.  The jurisdiction of the court arises out of the need to make decisions on behalf of those who lack the capacity to make decisions for themselves.

Deprivation of Liberty Safeguards (DoLS) came about following the 'Bournewood' judgment - see  HL v UK [2004] ECHR 471.    The case concerned an autistic man (HL) with a learning disability. He lacked the capacity to decide whether he should be admitted to hospital for specific treatment. However, he was admitted on an informal basis under common law in his best interests, but this decision was challenged by HL’s carers. In its judgment, the E Ct HR held that this admission constituted a deprivation of HL’s liberty and that the deprivation of his liberty had not been in accordance with ‘a procedure prescribed by law’ and was, therefore, in breach of Article 5(1) of the European Convention on Human Rights (ECHR).  Further, there had been a contravention of Article 5(4) of the ECHR because HL had no means of applying quickly to a court to see if the deprivation of liberty was lawful.

Deprivation of Liberty Safeguards (DOLS) became part of the Mental Capacity Act following the enactment of Schedule A1 to the Mental Health Act 2007.  The safeguards are intended to offer protection for people who lack capacity so that they do not have their freedom restricted more than is absolutely necessary, and that any restriction is in their best interests.   For further detail please see Law Society - Deprivation of Liberty: a practical guide  As already noted, a committee of the House of Lords has called for improvement of the standards.


The Mental Health Act 1983 allows individuals to be detained and treated when they have a mental health disorder.   The 2007 Act made several important changes to the 1983 Act - see the summary in the Explanatory Notes.   For example, the MHA now places a duty on the authority to make reasonable arrangements for ‘qualifying patients’ to have access to an Independent Mental Health Advocate (IMHA). An IMHA can provide a range of support including helping people access information about their rights or any conditions or restrictions they have been placed under, and any medical treatment they are being given.

Deprivation of Liberty was the issue in the the "Cheshire West" case decided by the Supreme Court of the UK in March 2014 - see the judgment and the press summary.   Discussion of the case may be read at the Justice Gap - a Gilded Cage is still a Cage and also at Royal College of Psychiatrists.   The judgment is significant as it outlines the test that must be used in the determination of whether arrangements made for the care and/or treatment of an individual lacking capacity to consent to those arrangements amount to a deprivation of liberty. It also extends the settings where this could apply.

The key feature of deprivation is whether the person is under continuous supervision and control and is not free to leave. The person's compliance or lack of objection, the relative normality of the placement and the purpose behind it are all irrelevant to this objective question.

Interestingly, the Mental Capacity Act 2005 s.64(5) states:  In this Act, references to deprivation of a person's liberty have the same meaning as in Article 5(1) of the Human Rights Convention.  Hence, Parliament itself required the court to actually apply the Convention meaning!  That is a major contrast to the usual "take into account" provision in the Human Rights Act 1998.

Even after Cheshire West, difficulties may still arise in determining whether an individual is deprived of liberty. On this please see Rochdale MBC - KW [2015] EWCOP 13 - Mostyn J.

Considerable legal difficulties arose in relation to the whole area of "care homes" for the elderly and the vulnerable.  A Care Quality Commission was created by the Health and Social Care Act 2008  The Commission enjoys considerable powers relating to registration of service providers and to inspection and enforcement - (see section 2 of the 2008 Act).

Mental Health is an area where the common law offered minimal protection and government has historically been slow to act.  The European Convention on Human Rights has been a key factor in improving the lot of those with mental health problems and the convention continues to have influence via the developing case law as well as through mechanisms such as Parliamentary committees.

Without the requirement in the Human Rights Act 1998 section 6 for public authorities to act compatibly with convention rights, it is doubtful that these improvements would have been made.

The British Institute of Human Rights (BIHR) has published an excellent document - Mental Health Advocacy and Human Rights: Your Guide.   The guide is aimed at both advocates and people who use services and it explains how the Human Rights Act can be used in mental health settings to secure better treatment and care for people.
Posted by ObiterJ at Thursday, May 28, 2015