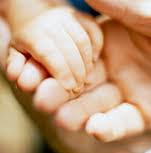 (1) the criteria for making a care order under section 31 of the Children Act 1989 when the risk is of future psychological or emotional harm, and

(2) the role of the appellate courts once a trial judge has made an order.

The majority judgment was set out in 8 propositions:

1. The making of a care order is a gross interference with Article 8 rights and therefore, to be lawful, must be necessary and proportionate.  Nothing else will do.

2. Section 31 of the Children Act 1989 is in 2 parts - (a) whether the child is suffering or (as in this actual appeal) likely to suffer 'significant harm' and (b) whether a care order is necessary. (a) was referred to as the 'threshold stage' and (b) the 'outcome stage.'

4.  At threshold stage the trial judge has to make an evaluation of the risks - this is NOT an exercise in discretion.

5.  At the outcome stage, in order to make a lawful decision, the trial judge must comply with section 6 of the Human Rights Act 1998.  (Note: The court is a 'public authority' for the purposes of Art 6).

6.  As with the threshold stage, the outcome stage is also NOT an exercise in discretion.  If the care order is necessary and proportionate then it would be issued.

7.  ON APPEAL - when examining the threshold stage, the appellate court will apply a test of whether the trial judge was WRONG.  Other formulations such as 'plainly wrong' are not to be used.

8.  ON APPEAL - when examining the outcome stage, HRA 1998 s.6 requires the appeal court to also act compatibly with convention rights.  Here the MAJORITY of the court held that section 6 did not require the appellate court to make a fresh decision.  It was for the appellate court to review the trial judge's decision and it would be altered only if it was WRONG.  Again, alternative tests were disapproved.  Lady Hale and Lord Kerr disagreed.  They took the view that an appellate court reviewing whether a care order violates Art 8 must consider that issue for itself on the basis of the material put before it (whilst attributing appropriate weight to the reasons given by the lower court).

Lady Hale considered that there was no risk that these parents would neglect or abuse their child.  Even if the case crossed the threshold, it had not been demonstrated that a care order with a view to adoption was necessary to protect the child.  A care order was not a proportionate response to the harm which was feared.

(An observation:  In the judgments there is some reference to a Supervision Order - Children Act section 35.  In practice, supervision orders are often disliked by local authorities who generally argue that they need to share parental responsibility with the parents.  A supervision order does not give the local authority parental responsibility and is therefore not seen as being a particularly strong intervention in family life though, dependent on the degree of support and engagement required, it may prove to be intrusive in practice.  A supervision order is not viable if the parents are unwilling to cooperate with the authorities and, in B (A Child) this was almost certainly going to be the position.  Note Lord Wilson referring to a mass of evidence of dishonesty and hostility with regard to professionals - a 'brick wall').

This appeal will be of particular interest to practitioners.  It was brought by the Children's Guardian and concerned non-accidental injury and who should have been included in the 'pool' of possible perpetrators.

A High Court judgment relating to private law proceedings and the evidence of a vulnerable witness.

The Crime and Courts Act 2013  is now in place for the creation, in England and Wales, of the new County Court and also the new Family Court.

The Public Law Outline (PLO) sets out the detailed process involved in public law family cases - that is, those cases involving local authorities seeking orders in relation to children - e.g. care orders etc.  A revised Outline has been issued.  The new PLO applies in some areas from 1st July 2013.

Ministry of Justice - Protecting the vulnerable - flowchart  Note the 26 week overall time limit in care proceedings which will apply in almost all cases.

Family Law Week - The revised Public Law Outline .... and this time they mean it

Published on the Judiciary website is a Family Court Guide.
Posted by ObiterJ at Wednesday, July 03, 2013