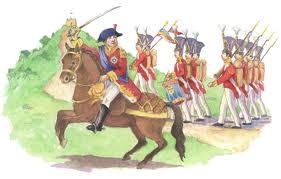 There is little doubt that membership of the European Union (EU) is thoroughly disliked by some members of the present British government and public dislike of membership seems to have increased as a result of all the financial problems in the "Eurozone" which some politicians favoured joining.  Theresa May informed Parliament that the government's 'current thinking' was to opt out of around 130 EU measures concerned with police and justice matters  - BBC 15th October - though the UK might then apply to opt back in to some of them.  An article in the Law Society Gazette preceded May's announcement but indicates both the scope of the proposed "opt out" and some of the considerable problems which an opt-out raises.

The European Union (EU) exists by virtue of Treaties freely entered into by the governments of member states and, strictly speaking, the member States have retained their individual sovereignties even though the scope of the EU has expanded massively and now impacts on areas such as foreign policy which were, traditionally, left entirely to individual nations.  The EU has its own legal personality - (Treaty on European Union Article 47).  The growth of the EU from its origins in 1950s is well documented.  The most recent of the Treaties is the Treaty of Lisbon.  - negotiated in 2007 and in force 1st December 2009.   The Lisbon Treaty amended existing Treaties and what was previously the 'Treaty establishing the European Community' became the Treaty on the Functioning of the EU - (TFEU).   Within the TFEU are Protocols and it is mainly with Protocol 36 (On Transitional Provisions) that we are concerned here.

It has to be said that that this Protocol is hardly a model of clarity.  Article 10 of the Protocol created a 5 year transitional period during which time the United Kingdom could notify the Council that it was withdrawing from pre-Lisbon acts relating to "Police and Judicial Co-operation in Criminal Matters".  If the UK so notifies, then basically ALL such pre-Lisbon acts cease to apply to the UK and arrangements can be made by the Council relating to the opt-out including "determining that the United Kingdom shall bear the direct financial consequences, if any, necessarily and unavoidably incurred as a result of the cessation of its participation in those acts."  Article 10 also provides for the UK to notify the Council of its wish to participate in acts which have ceased to apply to it - in other words, to seek to opt back in.


Thus, as was graphically said by Mr Nigel Farage MEP, the government can, like the "Grand Old Duke of York", march their troops up the hill and march them down again but the process of opting back in is not as straightforward as either one might think or the British government might wish since, under Protocol 21, the EU could, for example, impose conditions.

When the 5 year transitional period ends, all the measures adopted under the pre-Lisbon arrangements (then known as Pillar Three) become directives rather than "framework decisions" and they then become enforceable in the Court of Justice of the EU. Maybe it is this fact which the present British government dislikes and which underlies the 'opt-out' thinking?

Some of the possible opt outs:

Some of the 134 possible "opt-outs" are listed in the excellent "Opting out of EU Criminal Law: What is actually involved" written by the Cambridge University Faculty of Law - (authors - Alicia Hinarejos, J.R.Spencer and Steve Peers).  The measures cover a considerable number of areas including the much criticised European Arrest Warrant, Child Pornography on the internet, international football, terrorism, protection of public figures, investigation of genocide etc.

If the UK is to remain a member state of the EU it is difficult to envisage that the UK will actually wish to withdraw completely from many of these co-operation areas given the practical problems likely to arise.  In any event, criminality knows few boundaries and often has to be dealt with on an international scale.  The government seems to be seeking a more distant relationship with the EU though the precise nature of what they envisage is far from clear.  Is full withdrawal possible?  Perhaps, but up to now the talk appears to be of assuring Brussels that Britain can avoid a vote on exiting the EU - Telegraph 18th October.

List of EU Treaties
Posted by ObiterJ at Friday, October 19, 2012