From the Party Conferences No.2 ~ Dangerous Offenders 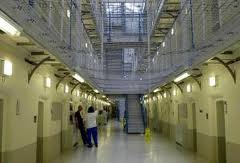 There are many interesting comments Mr Khan's speech.  One of his points was that the Coalition has promised to keep the most violent and persistent offenders off the streets but has abolished "indeterminate sentences key in keeping the most dangerous offenders safely in prison."  This statement is disingenuous.

The Legal Aid, Sentencing and Punishment of Offenders Act 2012 will rid the criminal justice system of indeterminate sentences (IPP) but it does this for very good reason since, as originally enacted (Criminal Justice Act 2003), these sentences could be applied to a much too wide range of offenders.  The backlog of such offenders who remain in prison long after their tariff has expired has yet to be completely addressed.  The scope of indeterminate sentences was reduced by the Criminal Justice and Immigration Act 2008.  However, throughout the life of this form of sentence, government has failed to provide the resources needed to make it work effectively.  It is this failure which was criticised by the European Court of Human Rights in James, Wells and Lee v UK 2012 - for more on this, please see post of 20th September.

So, just what will replace indeterminate sentences?  The answer lies in the Legal Aid, Sentencing and Punishment of Offenders Act 2012 Part 3 Chapter 5.  (Post of 8th May took a brief look at this).

LASPO s.124 inserts sections 226A and 226B (Extended Sentences for certain violent or sexual offences) into the Criminal Justice Act 2003.  s.226A applies to offenders aged 18 or over if  convicted of a specified offence (whether the offence was committed before or after this section comes into force).  s.226B applies when the offender is under 18.

The sentencing court must consider that there is a significant risk to members of the public of serious harm occasioned by the commission by the offender of further specified offences.  The new extended sentence can then be imposed provided that condition A or B is met.

Condition A is that, at the time the offence was committed, the offender had been convicted of an offence listed in Schedule 15B.  (Note: CJA 2003 Sched. 15B is inserted by LASPO 2012 Sched. 18).

Condition B is that, if the court were to impose an extended sentence of imprisonment, the term that it would specify as the appropriate custodial term would be at least 4 years.

The extension period must be a period of such length as the court considers necessary for the purpose of protecting members of the public from serious harm occasioned by the commission by the offender of further specified offences but must not exceed  5 years in the case of a specified violent offence, and 8 years in the case of a specified sexual offence.  Also, the term of an extended sentence of imprisonment must not exceed the maximum term permitted for the offence.

Section 125 inserts s.246A into the CJA 2003 and deals with the licence period.  Note that release on licence will not always be automatic on completion of the custodial term.   Resource issues will remain in this area and the Parole Board must be in a position to handle the work it will receive.

LASPO s.122  applies where a person over age 18 is convicted of an offence listed in Part 1 of Schedule 15B and the offence was committed after this section comes into force, and both the sentence condition and the previous offence condition are met.  In this event, the court must impose a sentence of imprisonment for life unless the court is of the opinion that there are particular circumstances which - (a) relate to the offence, to the previous offence referred to in subsection (4) or to the offender, and (b) would make it unjust to do so in all the circumstances.

On this, Grayling said to conference - "We are about to start another important change too. It’s called ‘two strikes and you’re out’. So, if you commit two serious violent or sexual offences, you will get an automatic life sentence. Everyone deserves a second chance.  But those who commit the most serious offences, crimes that would attract a sentence of 10 or more years, cannot be allowed to just go on and on causing harm, distress and injury. Those people are a real threat to our society, and we must treat them as such."

The continuation of indeterminate sentences was proving to be unacceptable though it should be noted that the European Court of Human Rights did NOT say they were incompatible with the Convention.   However, the "two strikes" and the revised extended sentence regime have been enacted and so protection for the public from violent and sexual offenders will remain in place.  It is far from true to suggest that the most dangerous offenders will not be kept safely in prison.