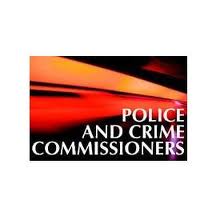 Lord Justice Goldring, the Senior Presiding Judge of England and Wales has issued additional "guidance" aimed at those Magistrates standing as candidates in the forthcoming Police and Crime Commissioner elections.  The Guardian 11th August describes this as a "U-turn." The Guardian said:


"The senior judge who banned magistrates from standing as candidates in November's police commissioner elections has backed down and said they need not resign as JPs unless they are elected.  The move by Lord Justice Goldring, the senior presiding judge in England and Wales, follows the threat of a high court legal challenge and accusations from Tory, Labour and independent candidates that he was "usurping the role of parliament" and had acted without consultation."

The text of the additional guidance:


POLICE AND CRIME COMMISSIONERS
Given that several serving magistrates were selected as candidates before the guidance and appreciating that the elections will be in November, it seems to me appropriate in respect of the present elections not to press the following part of the guidance. Provided a magistrate undertakes not to sit from the time of his/her selection as a candidate, and to resign if elected, he/she may resume sitting if not elected. In other words, in respect of the present elections, it will not be necessary to resign upon announcing an intention to stand. No doubt those magistrates seeking election will conduct themselves in such a fashion as not to compromise their ability to return to their Bench as an independent and impartial member of the judiciary.
I make it plain too, that although discussed and approved by the Magistrates’ Liaison Group (on which magistrates are represented), I am always prepared to discuss the terms of the guidance in due course with any magistrates who remain concerned.
Lord Justice Goldring 10 August 2012


A democratic right to stand for election:

As pointed out in an earlier post (Police and Crime Commissioners No.1 ~ Magistrates), the Police and Social Responsibility Act 2011 does not ban a serving magistrate from standing for election and, had it wished to do so, Parliament could easily have included a ban in the legislation.  Any adult individual has a democratic right to stand for one of these posts unless, of course, debarred by the legislation - (see the 2011 Act sections 66-69).

Police and Crime Commissioners posts will inevitably attract strong-minded individuals and, in some cases, those with considerable political backgrounds and connections (e.g. former deputy Prime Minister John Prescott - now Lord Prescott).  In order to deal directly with Chief Constables, those elected will need to have well-considered and cogent viewpoints as well as the managerial ability and personality to steer through their policies.  The relationship between Commissioners and Chief Constables will be new territory which remains to be developed and there is always the possibility of legal challenges along the way as the relative powers and responsibilities crystallise.  The types of individual who are suitable for these important posts will not be shrinking violets and some of them were never likely to accept the judge's guidance lying down.


The Senior Presiding Judges' revised guidance is something of a climb down but in relation to this election only.  There is a conflict between magisterial / judicial duties and fighting an election campaign.  It therefore makes good sense that magistrate candidates stand aside during the election but are only required to resign as a JP if duly elected as Commissioner.  That is a much more proportionate position than that in the original guidance and is a position which could sensibly be adopted for all future elections and not just the present one.  The guidance should be reconsidered in its entirety.