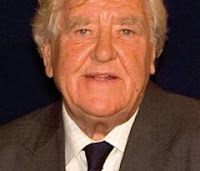 The death has been announced of Lord "Alf" Morris of Manchester.  He was 84.  As Alfred Morris he was Member of Parliament for Wythenshawe, Manchester from 1964 to 1997.  As a Member of Parliament he was particularly noted for his work on behalf of disabled people and he secured the enactment of the Chronically Sick and Disabled Person Act 1970.  This is an example of a Private Member's Bill becoming law.  (The Bill almost failed when Harold Wilson called an election in June 1970 but it got through as part of the "wash up" process at the end of the Parliament.  The election was won by the Conservatives under Edward Heath).  The Act was a groundbreaking step on the road to equality and was the first legislation in the world to recognise and give rights to people with disabilities - see BBC Lancashire 21st May 2010.

Today, disability is a protected characteristic under the Equality Act 2010 s.6. See the Equality and Human Rights Commission website.

In May 2010 the BBC published "Alf Morris: the quiet revolutionary."   The article pays tribute to Morris and notes that - "His record is one of solid achievement, and his legacy is one for which many millions of disabled people have cause to be grateful."