What did Parliament mean? Can Parliamentary materials be allowed to tell us? 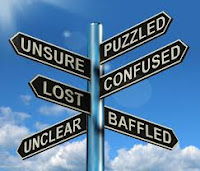 A previous post looked at the Mountains of Material presented to the Supreme Court in the Brexit appeal.  Very early in the appeal, the Attorney General referred to what the Foreign Secretary had said during the second reading of the European Union Referendum Bill - see pages 5/6 of the Day 1 transcript.

The transcript for 7th December, contains this brief exchange between Lord Pannick QC and Lord Neuberger - at page 4 line 3 to page 6 line 17.   Lord Neuberger stated: - "The only trouble with looking at what was said on the floor of the House, and as you say, we don't want to go too much into this, is what  a minister or somebody else says does not necessarily represent the reason why people vote, or what they believe when they vote. It is like going into what people say about their contracts when  construing their contracts, and that way madness can be said to lie, because you then start looking at everything said in Parliament and balancing up -- it can be a very treacherous course."  The matter was basically left there.

Both in England/Wales and Scotland there used to be a rule excluding statements in Parliament.  As Lord Cooper noted in the 1953 Scottish case of MacCormick v Lord Advocate:

"Parliament can only speak through the medium of a statute. A court of law is not entitled to investigate the Parliamentary history of a Bill ..."

In Davis v Johnson [1978] UKHL 1, Viscount Dilhorne said that it was a "well and long established rule that counsel cannot refer to Hansard as an aid to the construction of a statute" and "What is said by a Minister .... is not a legitimate aid to the interpretation of an Act ..."

There was a relaxation of the rule when the House of Lords decided Pepper v Hart [1992] UKHL 3. where Lord Browne-Wilkinson said:

"In my judgment, subject to the questions of the privileges of the House of Commons, reference to Parliamentary material should be permitted as an aid to the construction of legislation which is ambiguous or obscure or the literal meaning of which leads to an absurdity. Even in such cases references in court to Parliamentary material should only be permitted where such material clearly discloses the mischief aimed at or the legislative intention lying behind the ambiguous or obscure words. In the case of statements made in Parliament, as at present advised I cannot foresee that any statement other than the statement of the Minister or other promoter of the Bill is likely to meet these criteria."

In Robinson v Secretary of State for Northern Ireland [2002] UKHL 32, Lord Hoffmann was critical of the introduction of Parliamentary materials - see paras. 39 and 40.

In R (Brown) v Home Secretary [2015] UKSC 8, we find Lord Hope referring to Hansard (at paras. 26 and 27).  Counsel had asked the court to admit a considerable amount of Hansard material but Lord Hope described the attempt as "misjudged" and said that the Court of Appeal had rightly excluded it and one reason for that was that the language in the Statute was not ambiguous.

The Attorney General referred us to a statement made by the Parliamentary Under-Secretary of State for Wales on 23 January 2006 (Hansard  (HC Debates), 23 January 2006, col 1248) in a debate on the Bill which became the GWA 2006. In that statement the Minister stated that the purpose of the Bill was not to "broaden devolution" but to "deepen" it. The same phrase was used by a Minister in the House of Lords in a debate on 6 June 2006 (Hansard (HL Debates) 6 June 2006 cols 1142-1143). We do not think that the use by the Minister of such a general and ambiguous phrase can properly be of any assistance in the interpretation of the GWA 2006.

For an interesting New Zealand view see this paper on use of Parliamentary materials by Catherine Magallanes - 15 Canterbury Law Review 205-236, 2009.

In the Brexit appeal, the court hearing largely swerved away from the issue of admissibility of Parliamentary materials but an amendment to the European Union Referendum Bill was referred to by Lord Pannick during Day 2 (transcript at page 152).  The amendment , which was not successful in Parliament, would have required a majority in each of the 4 parts of the UK.  However, Mr Lidington MP (Minister for Europe) referred to the Bill as making no provision for what was to follow the referendum - it was advisory.  For the purpose of this particular post, please note the intervention of Lord Neuberger at the point where Lord Pannick referred to the debate.   "We are looking at a debate are we?"  "Your Lordships are." "This is justified on what basis?"  The basis was said to be that it is long established that the courts may look at Hansard to identify the purpose of the legislation. Lord Pannick promised to give the court authority for that and did so on Day 3 (Transcript page 2 line 17 to page 6 line 17).  He cited the Gopal case.  There was some discussion about it which culminated in Lord Neuberger's remark referred to above about "The only trouble with looking ...."

Pepper v Hart also arose toward the end of submissions by Mr Dominic Chambers QC in the Brexit litigation.  On this see the Transcript of the Supreme Court hearing at pages 108-111 - Morning and afternoon combined - 4 page version (PDF)

Although it was not mentioned in the Brexit case, the speech of Lord Nicholls in Wilson and others v Secretary of State for Trade and Industry [2003] UKHL 40 is useful - paras 51 to 67.

It is interesting to see that in Australia the common law rule has been replaced by the Acts Interpretation Act 1901 section 15AB.  This makes it clear that when interpreting an Act, the speech made to a House of the Parliament by a Minister in second reading may be taken into account along with other matters.