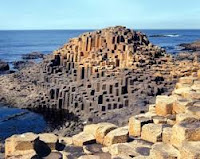 In the European Union (EU) referendum held on 23rd June, the people of Northern Ireland voted (55.8% to 44.2% - turnout 62.7%) to remain in the EU and so it is not surprising to find strong feeling about the plans of the UK government to use prerogative power to give notice, under Article 50 Treaty on European Union, that the whole of the UK is to leave the EU.  If the UK government is successful then the notice could be given without formal reference to the devolved institutions of Northern Ireland.

The first legal move came with the litigation in the High Court of Northern Ireland before Mr Justice Maguire - Re McCord's Application [2016] NIQB 85.  The court had two applications for judicial review: one by Mr Raymond McCord and the other by various applicants referred to as Agnew and others.  The judgment extends to 158 paragraphs.   Five principal issues were raised (para 9):


Issue 1 - prerogative power cannot be exercised for the purpose of notification in accordance with Article 50(2) TEU and the allied contention that this is because it has been displaced by the Northern Ireland Act 1998 read along with the Belfast Agreement and the British-Irish Agreement and other constitutional provisions. In these circumstances it is contended that an Act of Parliament is required to trigger Article 50(2), though in the case of McCord this argument is taken a step further, as appears hereafter.

Issue 2 - if an Act of Parliament is required, there has to be a Legislative Consent Motion

Issue 3 - there are a variety of public law restraints on any exercise of prerogative power in any event including the requirement to take all relevant considerations into account and not to give excessive weight to the referendum result.

Maguire J, quite properly, decided to concentrate on the impact of Northern Ireland constitutional provisions in respect of notice under Article 50.  With the co-operation of the parties, the grounds of challenge being deal with Miller and Dos Santos were held over pending the outcome of the English litigation.

The Court of Appeal in Northern Ireland referred to the Supreme Court this question:

"Does the triggering of Article 50 TEU by the exercise of the prerogative power without the consent of the people of Northern Ireland impede the operation of section 1 of the Northern Ireland Act 1998."

The AGNI referred to the Supreme Court 4 questions:

1. Does any provision of the Northern Ireland Act 1998 read together with the Belfast Agreement and the British-Irish Agreement have the effect that an Act of Parliament is required before notice can be validly given to the European Council under Article 50 (2) TEU?

2. If the answer to question 1 is ‘yes’, is the consent of the Northern Ireland Assembly required before the relevant Act of Parliament is passed?

3. If the answer to question 1 is ‘no’, does any provision of the Northern Ireland Act 1998 read together with the Belfast Agreement and the British-Irish Agreement operate as a restriction on the exercise of the prerogative power to give notice to the European Council under Article 50 (2) TEU?

The AGNI witten case said that these were all questions about the constitutional law of the United Kingdom and no need arose for a reference to the Court of Justice of the EU.

Submissions to the Supreme Court:

Submissions were made by Mr David Scoffield QC (for the Agnew claimants) and Mr Ronan Lavery QC (for Raymond McCord).  Submissions dealing with devolution matters were presented on behalf of the government by the Advocate-General for Scotland and also by the AGNI.

Mr Scoffield addressed the 4 issues, outlined above, dealt with by Maguire J.

Strand 1 - the Northern Ireland Act 1998 conferred rights under EU law on Northern Ireland citizens. Neither the legislative nor the executive branches of a Northern Ireland administration had power to act in any way contrary to EU law and EU law rights are relied on by individuals in Northern Ireland's courts. Mr Scoffield gave the example of JR65's application [2013] NIQB 101.  The government accepted that the Northern Ireland Act was "a further conduit" for the operation of EU law rights in the UK and also accepted that provisions in the Act will become otiose ("or beat the air") when the EU treaties no longer apply - (Transcript at pg. 115, 116).  Such rights cannot be lawfully defeated by prerogative.  The dualist approach to treaties was to protect the position of Parliament as against the executive and not to protect the executive against parliament.

Strand 2 - removal of EU law obligations will alter the legislative and executive competence of the devolved authorities in NI thereby materially altering "the carefully constructed devolution settlement" in at least two ways.  First by allowing the administration to do things which it is currently unable to do because of EU law restrictions and, secondly, some areas of responsibility will be removed from the devolution arrangements.  Such alteration of the devolution settlement cannot be achieved by prerogative (Page 117 to 120).  Furthermore, using the prerogative in the way proposed would sidestep the usual arrangements for amending the devolution scheme under section 4 of the Northern Ireland Act.  (Mr Scoffield referred to, and adopted, submissions by the Lord Advocate for Scotland and the Counsel General for Wales).

Strand 3 - an argument peculiar to Northern Ireland is that the Northern Ireland Act gives effect to the Belfast Agreement.  Mr Scoffield argued that continuing membership of the EU was an integral part of the scheme in the Act and prerogative could not be used inconsistently with that statutory purpose.  This important strand is developed at Transcript pages 120 to 130 and should be read in full.

Issue 2 - Legislative consent - this arises if the Supreme Court decides that an Act of Parliament is required prior to giving Art 50 notice.  Mr Scoffield again adopted submissions by Lord Advocate for Scotland and added that there was nothing heretical about saying that adherence to a constitutional convention could be a constitutional requirement (Page 131).  At this stage, the court was being asked to clarify whether and how the convention is engaged and there was an obligation on the executive to put Parliament in a position where it is informed on that issue (pg 132).

Mr Scoffield now ran out of his allocated time and offered to leave his "speaking note" with the court and other lawyers.  This was a pity because we, the public, do not get to see the reasoning he would have put forward relating to points 3 and 4 in the Maguire judgment.

Mr Lavery argued that it would be unconstitutional to withdraw from the EU without the consent of the people of Northern Ireland.

Mr Lavery's submissions take us to the Constitution of Canada where a federal system applies between the various Provinces.  Mr Lavery also referred to the Quebec Secession case before the Supreme Court of Canada.   Could Québec make a unilateral declaration of independence (UDI)?  The Supreme Court declared unanimously that such a declaration would be unconstitutional both by Canadian constitutional law and international law. A constitutional amendment could, however, make such a secession possible. The Court added that Québec could hold a referendum of secession and, given a clear question and a clear majority in favour of secession, the rest of Canada, in such a case, would be constitutionally obliged to negotiate the terms by which Québec would accede to independence, and that such a secession must conform to important basic principles, namely, the rule of law, federalism, the protection of minorities and democracy.

Another point was that the Good Friday Agreement had replaced the earlier 1985 Anglo-Irish agreement which had been imposed on the people of Northern Ireland much to "unionist discontent."   If the will of the people in constitutional issues could be overridden against their wishes then similar arrangements to the 1985 Agreement might again be imposed.  [This, as I understand it, is what Mr Lavery was saying at transcript page 142 line 19 to page 143 line 1].

An interesting point was made by Lord Neuberger about section 1(2) of the Northern Ireland Act 1998 was that here was an example of a statutory provision which actually says will happen as a result of a referendum or, in this case, a poll.  See Lord Neuberger's remark at Transcript page 139.

My note: Mr Lavery's submissions certainly served to emphasize the immense sensitivity that will be involved in making change within Northern Ireland.  Whether his argument about transfer of sovereignty to the people of Northern Ireland will gain traction with the Supreme Court remains to be seen.  It depends on a wide reading of section 1 of the Act taking into account all the background material.