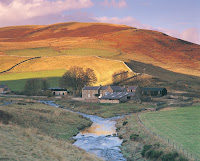 Here are the "conclusions" of the European Council meeting held on 28th June 2016 attended by the Prime Minister -  Conclusions.   The conclusions succinctly state:

IV. OUTCOME OF THE UK REFERENDUM

23. The UK Prime Minister informed the European Council about the outcome of the referendum in the UK.

The post-meeting remarks of the European Council President, Mr Donald Tusk,.  The following was part of the remarks:

" ... Prime Minister Cameron outlined the results of Thursday's referendum. Respecting the will of the British people, we all recognized that a process of orderly exit was in everyone's, and especially, in the UK's interest. Prime Minister Cameron undertook that the decision to trigger Article 50 of the Treaty on European Union be taken by the new leadership in Britain. Our discussions were calm and measured. Leaders understand that some time is now needed to allow the dust to settle in the UK. But they also expect the intentions of the UK government to be specified as soon as possible. This was a very clear message which I believe Prime Minister Cameron will take back to London.

We also considered the post-Brexit economic situation in the presence of the European Central Bank President, who reassured us about the good and constant cooperation of central banks. However, it was also made clear that Brexit means substantially lower growth in the UK, with a possible negative spillover all over the world ...."

Article 50 (Treaty on European Union) requires the UK to initiate the process.  That is the legal position but political reality dictates that there should not be excessive delay because uncertainty is damaging economically.  I don't propose to try to analyse Mr Tusk's words save to note that the UK has some time but it seems that the Prime Minister was given a clear message to take back to London!

The leaders of the 27 other nations in the EU met in formally - see the post meeting statement by Donal Tusk.  This perhaps the first sign that the UK's influence is now diminished.  The President's statement notes:

The referendum outcome is deeply regretted.

Britain's withdrawal from the European Union must be orderly

NO negotiations of any kind until the UK formally notifies its intention to withdraw.  This is a particularly important point which politicians need to bear in mind.

Accesss to the single market will require acceptance of all four freedoms including freedom of movement.  There will be no "single market a la carte."

The 27 nations have started a process of political reflection on the future of the EU.

The Council next meets in Bratislava on 16th September.