It is Brexit (3) - The role of Parliament under Article 50 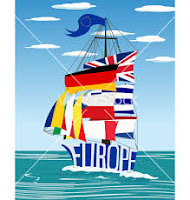 About a week before the referendum I met with a few friends and discussed the possibility that the UK would actually vote to leave the EU and I posted the outcome of that discussion - UK and the EU (11) - The event horizon approaches - What if it is Brexit.  We tried to envisage how things might go after such a referendum result and sought to identify some of the legal questions that would arise.

Now that the decision of the referendum is to leave, many of those questions are receiving some serious attention including the all-important notification (under TEU Art 50) of a "decision in accordance with constitutional requirements" to withdraw from the EU.

A key question is what amounts to such a "decision" because without such a decision there is nothing to notify.


Article 50(1) of the Treaty on European Union (TEU) is worded in a simple way -  "Any Member State may decide to withdraw from the Union in accordance with its own constitutional requirements."   If a State decides to leave then Article 50(2) requires the State to notify the European Council of its intention.


Logically, the process is in two stages:  First, a decision to leave and secondly, notification of intention.  The EU is not in a position to decide what constitutes a decision in accordance with national constitutional requirements.  Also, the EU could not properly examine compliance with those processes.  Art 50(1) therefore appears to ensure that it is a matter for national constitutional law alone to determine the process by which a Member State makes a decision to withdraw.

To be clear - Until there is a decision in accordance with UK constitutional requirements, there is nothing to notify.

How then should the UK reach a decision?

We begin with the fact that, under the UK constitution, Parliament is sovereign. Legal opinion seems clear that the Referendum Act 2015 contained nothing to place either the government or Parliament under any legal obligation to do anything.  The 2015 Act stands in contrast to the Alternative Vote referendum where the legislation placed a legal duty on the Secretary of State to implement the outcome - see Parliamentary Voting System and Constituencies Act 2011 section 8.

It therefore appears that  the EU referendum alone cannot amount to a "decision" to leave the EU unless it can somehow be argued that Parliament either gave its right to decide entirely to the electorate when it offered the people a vote on the question.  As a question of law, it does not appear to me that Parliament did this though it cannot be denied that the referendum result places considerable political pressure on the government to act.  The "consultative" nature of this referendum was made clear to Parliament in the Briefing on the Referendum Bill- at page 25 and it was mentioned during debate in response to an amendment put forward by Mr Alex Salmond that would have required a majority in each of England, Wales, Scotland and Northern Ireland.  The amendment was rejected.

The UK is a Parliamentary democracy and Members of Parliament elected to the House of Commons attend as representatives of the people (representative democracy).   If it is correct, as it appears to be, that the referendum was an expression of the electorate's opinion and not a binding decision then it follows that the final decision must rest with Parliament taking the referendum result fully into account.

How then should Parliament make any such decision?  For my part, I would say that the safest course on a matter of this magnitude is an Act of Parliament.  The Act would make it clear beyond any doubt that, taking fully into account the referendum and any other relevant factors such as the views of the devolved governments in the UK, a decision to leave the EU has been made.

Whether a Bill would get through Parliament is a political question. Most Members of Parliament appear to be in favour of remaining in the EU though it does not necessarily follow that they would choose to vote against the clear outcome of the referendum given its undoubted political force. Similarly, in the House of Lords, peers may not be personally in favour of leaving the EU but they would be unlikely to seek to prevent Brexit given that there was a manifesto commitment by the elected government to hold the referendum.

Notice under Article 50 starts the 2 year clock running.  There is a view that when the exit process is triggered it is not possible for the UK to unilaterally stop the clock or withdraw its notice. Unless the point was to be successfully challenged in the Court of Justice of the EU, it may be safer to assume that this view is correct.  Perhaps the government will seek clarity about this and, in any event, it would seem sensible to establish what the rules are before entering into any negotiations.  Time will tell.

If Parliament stated in legislation (or otherwise) that a "decision" to leave the EU has been made then Parliament could leave the giving of notice to Ministers.  Alternatively,  the legislation could control the process - for example, by specifying that the giving of the notice required debate and approval by each House before it was communicated to the EU.

Some notable writers have argued that an Act of Parliament is not necessary to authorise Ministers to give the Art 50 notice since Ministers may lawfully act using "Royal Prerogative" powers relating to foreign affairs and treaties.  Such arguments should address the questions of whether the UK has made a legally binding decision, how such a decision was actually made and whether the Royal Prerogative powers in relation to treaties are wide enough to permit Ministers to give the required notice.

The government has the right to make and unmake treaties.  That takes place on the international level and it will create effects that bind the UK in International Law.  What prerogative powers may not be used to do is to alter domestic law.  That is the sphere of Parliament.  The Bill of Rights 1689 states that laws may not be dispensed with or suspended without the consent of Parliament. The UK operates a dualist approach to treaties.  A key issue then will be whether the giving of notice under Article 50 will change domestic law given that the notice leads inexorably to the UK leaving the EU.  The practical impact of this is that those rights operating within the UK by virtue of the European Communities Act 1972 would be lost.

Various arguments have been presented in articles and on blogs as the links below indicate.   I expect that if the matter gets to the courts the case will be finely balanced and could go either way.  We shall see!

a) Carl Gardner (Head of Legal blog) argues that the power to trigger Art 50 rests with the government.  The government may choose to involve Parliament but does not have to.  Governmental prerogative powers in relation to foreign affairs are sufficient authority for the government to act.  If the House of Commons does not like what the government is doing it could try to force an election by, for example a vote of no confidence.

b) This article by N. Barber, T. Hickman and J. King on the Constitutional Law blog argues that Parliament has an indispensable role in triggering Article 50.

On 14th July, a discussion took place at University College London during which there was examination of the question of whether an Act was required to authorise Ministers to trigger Art 50.  The discussion may be viewed here.
c) In an article on the Constitutional Law Blog, Adam Tucker argues that prerogative power may NOT be used because it has been superseded in this area by the right of the government to pass legislation under the European Communities Act 1972 section 2(2).  Tucker summarises his argument in the following 5 points:

(1) The European Communities Act 1972 gives ministers the power to make provision for the exercise of Treaty rights enjoyed by the United Kingdom.

(3) Therefore the 1972 Act gives ministers the power to make provision for the exercise of the Article 50 rights
.
(4) Under the rule in De Keyser’s Royal Hotel, this statutory power supersedes the equivalent prerogative power

(5) The exercise of this statutory power is subject to Parliamentary scrutiny.

d) Lord Pannick QC argues that an Act of Parliament is required - The Times 30th June (£).  He bases his argument on the fact that notification under Article 50 results in the UK leaving the EU and that would be inconsistent with the European Communities Act.  "If, at the end of the negotiating period, Parliament disagress with the withdrawal which flows from the notification, there is nothing Parliament could then do to prevent withdrawal from the EU, which would frustrate the 1972 Act.  Therefore, prerogative powers may not be used."

e) Public Law for Everyone joined the fray on 30th June and argues that the government may use prerogative power to trigger Article 50.  This detailed post amply demonstrates the complexity of the argument that use of the prerogative is acceptable legally.

g) Paul Bowen QC "Parliament or Prime Minister: who can start the process of the UK's withdrawal from the EU under Article 50 TEU?"  This is another detailed analysis.  The author concludes that an Act of Parliament should be used.

i) Robert Craig - Triggering Article 50 does not require fresh legislation.  This argument is different from others in that it is based on a reading of the European Communities Act 2008.

j) Thomas Fairclough - Article 50 and the Royal Prerogative - where it is concluded that - "We negotiated and joined the European Union through the Royal Prerogative, and we will negotiate and leave the European Union through the same. That is not to say that Parliament has no role; indeed, I hope that Parliament makes its feelings well known to whoever the Prime Minister is at the relevant time, both in relation to when to trigger Article 50 and the content of the negotiations that follow thereafter. Nothing in this piece is to detract from that; all it seeks to do is locate each branch of the state in its proper setting."