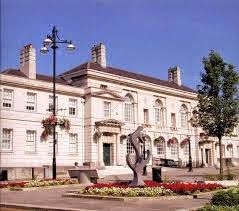 Much of the media comment demanded the resignation of the Police and Crime Commissioner (Mr Shaun Wright) - for example, The Guardian 29th August.  A number of national politicians also joined in these calls - (e.g. The Independent 28th August).  In 2005 Mr Wright (then an elected councillor) became Rotherham Metropolitan District Council's Cabinet Member for Children and Young People's Services.  The Jay Report notes that,
in the period April 2005 to January 2009. Mr Wright received a number of reports relating to child sexual exploitation.  A report he received in June 2007 was referred to the Children and Young People's Scrutiny Panel and to the Safeguarding Board.

I make no observation as to whether Mr Wright should continue in his post.  However, it is worth noting that since his election to the post of Commissioner, he has instigated three reviews of child sexual exploitation including using the power under the Police Act 1996 s.54(2BA) to commission a report by Her Majesty's Inspector of Constabulary (HMIC).  An additional team of detectives and other specialists are to investigate allegations of historic child abuse in South Yorkshire and the Chief Crown Prosecutor has been asked to review all historic CSE cases across South Yorkshire in which the Crown Prosecution Service was involved.

In 2010, 5 men of Pakistani heritage were convicted of offences relating to child exploitation.

South Yorkshire Police have also come in for some severe criticism.  The Guardian 28th August  reported that:

'A longstanding culture of disregard for victims of rape, sexual assaults and other major crime was exhibited by the police force at the centre of the Rotherham child abuse scandal, the official watchdog concluded on Thursday.

As its embattled police commissioner, Shaun Wright, refused demands to quit from David Cameron, an inspection of South Yorkshire police found that officers spent a "great deal of time trying to disprove" the victims of sexual abuse rather than investigate their complaints.

The damning report by Her Majesty's Inspectorate of Constabulary (HMIC) also found that the force should have pursued a fifth of the violent offences, including rapes, that it wrongly dismissed as "no crime" between November 2012 and October 2013.'

Although they are quite lengthy documents, the reports linked to in this post are well worth reading in full.

It is a sad fact that Child Protection arrangements have been rarely free from political controversy.  Earlier this year the Department for Education was looking into ways of commercialising (or privatising) aspects of child protection - (The Guardian 16th May).  This met with a great deal of criticism and was not in accordance with the Munro Report 2011.


Professor Eileen Munro, who was commissioned to carry out an independent review of child protection published in 2011, said establishing a market in child protection would create perverse incentives for private companies to either take more children into care or leave too many languishing with dangerous families.
"It's a bad idea," she told the Guardian. "It's the state's responsibility to protect people from maltreatment. It should not be delegated to a profit-making organisation."

The government's proposals were later abandoned.

England and Wales Police and Crime Commissioner elections 2012.   Commissioners are elected for a 4 year term and therefore Mr Wright will have to seek re-election in 2016 - (Update - he has announced that he is not going to seek re-election).  Despite the obvious importance of these posts, election turnout is proving to be very low - a mere 10.4% in a recent West Midlands election (BBC News 22nd August).

The term "sexual exploitation" is described in paragraph 48 of the Jay Report.

This report reveals that there are now 62 officers engaged on child sex abuse cases.  There have been 104 convictions since the start of 2013 and 40 suspects are on bail.  The Chief Constable has invited another Police Force to examine "the record of the South Yorkshire force in handling allegations of child sexual exploitation over many years."  Shaun Wright is not standing for re-election in 2016.  Four Labour councillors have been suspended by the Labour Party this week.   Eric Pickles, the communities secretary, was minded to order an investigation into Rotherham, and into whether it is complying with its best practice duty.

See also Nazir Afzal: 'There is no religious basis for the abuse in Rotherham' - The Guardian 3rd September
Posted by ObiterJ at Monday, September 01, 2014