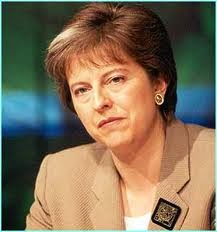 It was later announced
that one of the investigations was to be led by retired President of the Family Division Lady Elizabeth Butler-Sloss whose brother was Attorney-General in the 1980s.  Facing the possibility of apparent bias, Her Ladyship stepped down as Chairman.  To date, a new appointee has not been announced and Ministers are being urged to do so - BBC 25th July.

Over a month later, there has still been no announcement as to who is to head this inquiry.  Of course, it may be that any announcement has to be made in Parliament and this was not possible during the Parliamentary recess which commenced on 22nd July and lasted until 1st September.

The Home Secretary announced the appointment of Fiona Woolf CBE JP as chair of the inquiry panel.  See the government announcement of 5th September 2014.  Fiona Woolf is the serving Lord Mayor of London and is qualified professionally as a solicitor.

This is a somewhat surprising choice for the chair since the expectation was that a judicial figure with some experience of inquiry work would have been appointed.

May's 7th July announcement stated of the inquiry that -

"It will, like the inquiries into Hillsborough and the murder of Daniel Morgan, be a non-statutory panel inquiry. This means that it can begin its work sooner, and because the basis of its early work will be a review of documentary evidence rather than interviews with witnesses who might themselves still be subject to criminal investigations, it will be less likely to prejudice those investigations. But I want to be clear that the inquiry panel will have access to all the government papers, reviews and reports it needs. Subject to the constraints imposed by any criminal investigations, it will be free to call witnesses from organisations in the public sector, private sector and wider civil society. And I want to make clear that – if the inquiry panel chairman deems it necessary – the government is prepared to convert it into a full public inquiry in line with the Inquiries Act."

One of the problems that  may arise if the inquiry remains non-statutory is that it will lack formal legal powers to require the attendance of witnesses.

It also appears that the precise terms of reference for the inquiry have yet to be agreed.