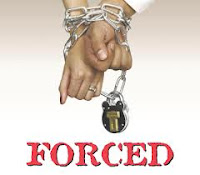 May a Police Force apply for a person to be committed to prison for contempt of court for breach of a Forced Marriage Protection Order (FMPO) when the police were not the applicants who obtained the order?  The answer is NO according to Holman J in a case revealing (or illustrating) a serious weakness in the scheme of the forced marriage protection provisions inserted as Part 4A into the Family Law Act 1996 by the Forced Marriage (Civil Protection) Act 2007 and which came into force in November 2008.  Bedfordshire Police v RU and FHS [2013] EWHC 2350 (Fam).

Holman J's judgment ended by saying that the facts and circumstances of this case reveal or illustrate a grave weakness in the existing forced marriage protection order machinery as enacted in Part 4A. Forced marriages are a scourge, which degrade the victim and can create untold human misery. It is vital
that FMPOs have real teeth and that people bound by them, or having notice of them, appreciate that they are capable of being enforced and will be enforced even though the applicant young person may not seek enforcement himself or herself. The scope for psychological or other pressures in this field is obvious and is enormous.  The judge sought, by his judgment, to encourage the relevant Departments of State to give urgent consideration to improving the effectiveness of forced marriage protection orders and the means of enforcement.

Breach of a FMPO is not a criminal offence though FMPOs will contain a power of arrest.  Thus, orders must be enforced, if at all, by contempt of court proceedings. and such proceedings may be initiated by the party who obtained the order or by the Attorney-General (if the public interest requires him to intervene in order to enforce the order) or, in exceptional cases by the court itself.  The court will act of its own volition where it is urgent and imperative to act immediately - Clarke v Chadburn [1985] 1 WLR 78.

Holman J's judgment offers good reasons why the Police should be permitted to apply to the court (para 24-26] but the judge had to operate within the law as he found it.   At [27] the learned judge said:  ' ... I am very clear that, unless and until Parliament decides to provide a proper statutory basis for them to do so, the police simply have no standing to, and cannot act as applicants to, apply for and (as they wish in this case) press for committal in these circumstances.'

It is worth noting that breach of a Non-Molestation Order (Part 4 of the Family Law Act 1996) is an offence.  The non-criminality of breach of a FMPO (Part 4A of the Family Law Act 1996) therefore currently stands in stark contrast.  However, at the time of this post, Parliament is in the process of legislating for new offences - see Part 9 of the  Anti-Social Behaviour, Policing and Crime Bill.  The Bill provides for an offence of breaching a FMPO (see Clause 103) and also an offence to force a marriage (Clause 104).  These offences are to have heavy maximum sentences (5 years and 7 years respectively) when they are tried on indictment.


See the post of 9th June 2012 where the government's plans to criminalise breach of FMPOs was considered.   A good article is at Family Law Week 13th September 2012 where barrister Charlotte Rachael Proudman considered Forced Marriage and the Criminal Law.