The judgment of the Supreme Court of the UK in Smith and others v Ministry of Defence has upset the Secretary of State for Defence who is now talking about entering into a derogation from the European Convention on Human Rights or even a complete withdrawal - Daily Mail Saturday 22nd June.   Here are the judgments to which the Minister takes exception:

For another view on these cases see UK Human Rights blog - Rosalind English - "Snatch Rover" case - inviting judges into the theatre of war?"

1.  The 'Challenger Claims' - one soldier dead and two injured as a result of friendly fire involving British tanks - alleged failure by the MoD to equip the tanks properly and to give adequate recognition training.  MoD argued that these claims should be struck out on the basis of either 'combat immunity' or that it was not fair, just or reasonable to impose a duty of care on the MoD in the circumstances.  Held - by a majority - the claims would not be struck out and could proceed to trial.

2.  The 'Snatch Land Rover claims' - two soldiers in land rover killed by improvised explosive device.  Alleged breach by the MoD of the implied positive duty under Article 2 (Right to Life) of the E Conv HR.  MoD argued that these should be struck out as not being covered by the Convention and that, in the circumstances, no duty under the convention was owed to the men under Article 2.

3.  The Ellis negligence claims - various allegations of failures on the part of the MoD.  MoD put forward similar argument to that in the Challenger claims.  Held - by a majority - the claims would not be struck out and could proceed to trial.

In July 2011, the E Ct HR had held in Al-Skeini v UK that six Iraqi civilians killed in Iraq as a result of actions by British forces had the protection of the E Conv HR.  The Al-Skeini case formulated a relatively general principle that extra-territorial jurisdiction can exist whenever a State through its agents exercised authority and control over an individual.  Therefore, in principle, the protection of Art 2 extended to the soldiers.  This aspect of the judgment was reached unanimously.

Policy decisions made at a high command level and things done on the battlefield fell outside the scope of Article 2.  However, claims between those two categories might come within Art 2. It is an exercise of judgment given the facts of a particular case.   The circumstances in which the various decisions were made had to be inquired into before it could be confidently said whether or not there was a breach of the Art 2 duty.  It was far from clear that the claimants would be able to establish such a breach.   That was, of course, a question for the judge at the trial of the actions.

It is clear enough from this that the court is NOT purporting to place a judge in the place of either a high policy decision-maker or a battlefield commander but there could be cases where Article 2 had been breached in relation to training and/or provision of adequate equipment.

In the Snatch Land Rover claims we see the E Conv HR offering a line of challenge to the government which would not have been available at common law (action in tort for negligence).

The doctrine of combat immunity should be construed narrowly and should not be extended beyond its established scope to the planning of and preparation for active operations against the enemy.
The Challenger claims were not within the doctrine because they relate to decisions which are sufficiently far removed from the pressures and risks of active operations against the enemy.

The Ellis negligence claim is less obviously directed to things done away from the theatre of battle so it is arguably within the doctrine.

Similar considerations to those affecting the Snatch Land Rover claims under article 2 arise in relation to whether it would be fair, just and reasonable to impose a duty of care on the MoD in this area. The question whether the negligence claims in this case entail subjecting the MoD to duties that are unrealistic or excessively burdensome cannot properly be determined without hearing evidence.

The court was here keeping combat immunity within a narrow scope.   Equipment procurement decisions taken by the MoD would usually be taken far removed from the pressures of active operations. 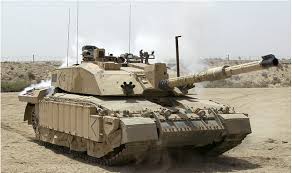 The Secretary of State's reaction:

This appears to be more about using the Supreme Court's decisions as an argument to oppose the E Con HR.  The present government is fond of such rhetoric and several Ministers and MPs would like nothing better than withdrawal from the Convention.

Of course, only the Land Rover claims are based on the E Conv HR.  The other claims are based in our home grown law of tort - an action for negligence - and this recognises fully that battle field commanders have to make difficult decisions often under stressful circumstances.

The following is from the court's press release:

Lord Mance (with whom Lord Wilson agrees) would have struck out all three sets of claims in their entirety, essentially because they are not suitable for resolution by a court

.For the same reasons, Lord Carnwath would have struck out the Challenger claims. However, he considered that the Snatch Land Rover claims were not necessarily excluded, because major combat operations had ceased by the time of the relevant incidents

The Secretary of State mentions a possible derogation from the E Conv HR.

Article 15 of the E Conv HR basically prevents States derogating from Article 2.  However, there is the phrase ' except in respect of deaths resulting from lawful acts of war.'

Whether that phrase requires an actual war to be lawful under international law is rather unclear.  Would an illegal war render every act in pursuance of it unlawful?  Mere mention of such questions shows the potential for protracted litigation if there was to be a derogation from Art 2.  Whether the Iraq War which commenced in 2003 was lawful continues to be fiercely argued.  At the time, the UK government relied on an opinion by the then Attorney-General (Lord Goldsmith QC).

Footnote - The U.K. entered into a derogation following the 9th September 2001 attacks in New York.  The derogation related to Article 5(1) (Right to liberty and security) - see The Human Rights Act 1998 (Designated Derogation) Order 2001.  This derogation was later removed as a consequence of the House of Lords decision in A (FC) and others v Secretary of State for the Home Department [2004] UKHL 56.  See also The Human Rights Act 1998 (Amendment) Order 2005 which removed the derogation.  It is a very moot point whether, in 2001, there was actually a "public emergency threatening the life of the nation" but the government stated that there was.
Posted by ObiterJ at Saturday, June 22, 2013