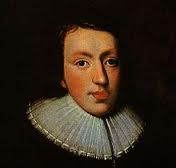 John Milton, Areopagitica (1644) wrote - "Give me the liberty to know, to utter, and to argue freely according to conscience, above all"

It should be a trite observation that a free press is a vital component of a democratic, liberal nation.  Lord Bingham stated - "The proper functioning of a modern participatory democracy requires the media be free, active, professional and enquiring" - McCartan Turkington Breen v Times Newspapers [2000] 4 All ER 913, 922.

The European Court of Human Rights (E Ct HR) has consistently recognised
the need for a free press - e.g. Lingens v Austria (1986) 8 EHRR 407 where the court referred to the watchdog role of reporting on the activities of those in power.  The E Ct HR has also observed that, given the duties and responsibilities clause in Article 10 of the European Convention on Human Rights (E Conv HR), the press must not overstep certain boundaries such as those set by the criminal law.  The press has to act in good faith, on an accurate factual basis and provide information in accordance with the ethics of journalism - see Stoll v Switzerland (2008) 47 EHRR 59.  Therefore, we do not have a totally unfettered press but we have a free one and it is one which ought to remain fearless in pursuit of truth which those in power may wish to hide.

Following on from the Leveson Report there seemed to be a period of relative calm whilst the politicians, perhaps occupied with weighty matters such as the Justice and Security Bill,  mulled over what to do.  Some draft Bills were written (e.g. by the Labour Party) and the idea of a Royal Charter emerged.  Suddenly, a practically all night meeting took place and a scheme was cobbled together involving a Royal Charter plus bits and pieces of legislation.  New clauses to amend certain bills were pushed in front of Parliament and nodded through the Commons with rapidity and little debate - (Parliament record at column 698).  The result is not what Leveson recommended though, in fairness, it has some similarities - (Law and Lawyers - Guarding the guardians - the Leveson report and the Rubicon - 3rd December 2012).

At the time of writing this post the full ramifications of the regulatory scheme are unclear.  I propose to try to examine these in a subsequent post.  The previous post on this blog contains a variety of pertinent material.  At this stage, let us note what Maria Miller MP (Culture Minister) said in the debate:

"The Prime Minister said to the House on the day the report was published that he had serious misgivings about statutory press regulation. He—I agreed with him—was determined to find a better way of establishing the recognition body that would oversee the tough self-regulatory body that Lord Justice Leveson envisaged. That is what our royal charter does.

Our proposals will provide the toughest system of regulation that this country has ever seen. The system will protect the public and ensure that the freedom of the press is not undermined. Alongside our proposals, we will include a three-line clause that reinforces the language within the charter and says that it cannot be changed without a two-thirds majority in both Houses. The clause ensures that, for generations to come, Ministers cannot interfere with the new system without explicit and extensive support from both Houses.

We have achieved all of that without needing to set out a system of press regulation in legislation—hence, our proposals are not statutory underpinning. The three-line clause applies to all royal charters of a particular nature from this point onwards. It is simply a safeguard.

We are in the House to debate amendments that will put in place a new, tough set of incentives for publishers. There are two such incentives—the first relates to the award of exemplary damages, and the second relates to the award of costs in litigation involving relevant publishers. The package forms a crucial part of the new regulatory regime, providing strong new incentives to relevant press publishers to join the press regulator. When they choose to join the press regulator, they will receive a series of benefits on costs and damages. However, those that choose not to join the regulator will be exposed to the tough new regime, which includes payment, in most cases, of the costs of people who bring claims in the courts against publishers on civil media laws, regardless of whether those people win or lose; and exposure to a new exemplary damages regime—we are introducing a new punitive damages regime for breaches of those media laws for those who do not sign up to the regulator."

The reference to 'generations to come' is nonsense.  Parliament could simply repeal the legislation requiring a 2/3 majority and, let it be noted, it is a 2/3 majority of those who actually bother to vote!

The so-called 'incentives' are provisions designed to maintain an illusion of choice.  The vast majority of publishers will feel forced to sign up given the possible consequences if they do not.
Posted by ObiterJ at Thursday, March 21, 2013