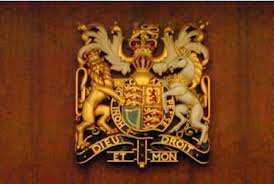 According to the Working Group, a further purpose was said to be to eliminate or minimise friction between Magistrates and DJ(MC) so that the focus is on the administration of justice.  That such friction has existed or still exists is evidenced by this statement as well as by various posts on blogs such as The Magistrates' Blog - for example, post of 10th January 2013 Crystal Ball Time. where 'Bystander T' states - ' ... some magistrates feel uneasy with the expansion in the numbers of DJ(MC)s believing that the mini-jury of three magistrates is a more democratic route to a finding of guilt or a passing of sentence.'

The protocol is clearly not intended to be a rigid framework since it states that undue rigidity is to be avoided so that the system is adaptable to particular needs whether of locality or caseload.


Importantly, the protocol provides greater clarity in relation to the type of work DJ(MC)s should generally (not invariably) be deployed to deal with:

i) Cases involving complex points of law and evidence.
ii) Cases involving complex procedural issues.
iii) Long cases.
iv) Interlinked cases (given the need for consistency, together with their likely complexity and novelty).
v) Cases for which armed police officers are required in court, such as high end firearms cases.
vi) A share of the more routine business of the Court, including case management and pre-trial reviews.
vii) Where appropriate, in supporting the training of Magistrates.
viii) Occasionally, in mixed benches of DJ(MC)s and Magistrates.
ix) In the short term tackling of particular local backlogs (“backlog busting”), some times in combination with Magistrates from the local or (with the SPJ’s approval) adjoining benches.

Generally, this list seems to be aimed at making sensible use of the professional skills of the DJ(MC).  Some of the terminology is not defined - (probably deliberately) - so as to preserve flexibility.  For example, what is a long case?

Can it be truly said that every DJ(MC) has either the skills or desire to be involved in the training of Magistrates.  I would seriously doubt that though there will be some who will enjoy the task and do it extremely well.

Another interesting issue is item viii - 'Occasionally, in mixed benches of DJ(MC)s and Magistrates.'  The protocol is silent as to when that form of court would be convened though it has been occasionally used - for example, the trial of Lord Justice Richards in 2007 and the trial of Judge Beatrice Bolton in 2010.  Greater clarity as to when this form of court might be used would be welcome.  Is it something to be reserved for certain types of defendants and, is so, why.  Do not all defendants deserve the same forms of trial?  A court along these lines, to try 'either-way' cases, was suggested by Lord Justice Auld in his Criminal Courts Review 2001

Another observation is that when well-known individuals appear before Magistrates' Courts, their cases seem to be listed before DJ(MC)s.  This is not referred to in the protocol but is, I believe, borne out by events over recent years.

Further aspects of the protocol:

The deployment of Magistrates and DJ(MC)s will be considered as one exercise, which will also reflect the wider judicial requirement in relation to family work.  Reviews will take place annually, with the relevant Presiding Judges and Delivery Directors deciding on recruitment needs.

Appointments, as at present, are a matter for the Lord Chancellor. The Chief Magistrate, the (relevant) Bench Chairmen and a representative of the Magistrates’ Association (MA) will be asked to comment on the data collated by Justices’ Clerks for the annual review.

•                      through the leadership of the Presiding Judges and Delivery Directors, it embodies the partnership between Her Majesty's Courts and Tribunal Service and the Judiciary.

Advisory Committees will continue to have responsibility to recruit and recommend magistrates.The number of magistrates required will be determined by the processes outlined in the new Protocol, although Advisory Committees will have the opportunity to contribute their views.
In conclusion, the Deployment Working Group states:  “the approach we advocate has the advantage of simplicity and, hence, speed.  By looking at the judicial complement as a single whole, the Protocol should remove any proper basis for the appointment, transfer or replacement of a DJ (MC) becoming a focal point for ill-feeling.”  After all, as the Deployment Working Group is keen to make clear “the touchstone is the administration of justice and service to the public.”

In November 2011, the Ministry of Justice published - 'The strengths and skills of the judiciary in the Magistrates' Court.'   The research was conducted by Ipsos MORI.  The extent, if any, to which this informed the recent protocol is not clear since the protocol emerged from the working group and without any public consultation.  The 2011 paper was considered by Catherine Baksi in the Law Society Gazette 16th November 2011.  Baksi noted that:

Magistrates were also more frequent issuers of endorsements/penalty points; given by them in 9% of cases and by district judges in 6% of cases.

Very interestingly, participants were also asked about the idea of mini-panels, comprising district judges and lay magistrates, but most were against it. District judges in particular questioned the rationale, believing mini-panels would undermine their own speed and cost-effectiveness.  This makes it all the more interesting that this option is in the 2012 protocol.


The study found that magistrates were widely regarded as having a greater connection with the local community compared with district judges, and were more closely aligned with the concept of ‘fairness’.

Some associated a bench of three with a greater degree of democracy, while others felt a lay bench was more open-minded and less ‘case hardened’ or ‘fatigued’ than a district judge.

The research found that district judges handled cases more quickly than lay magistrates, due to their legal expertise and the fact that they sit alone and do not need to retire to consider a verdict or sentence.

The reduced workload is not without its problems.  England and Wales had a considerable number of Magistrates at one time but, with reducing workload and court mergers, recruitment of new magistrates has tended to slow down markedly.  Conversely, the numbers of DJ(MC)s has been increased.  Benches are therefore getting older and individual magistrates are receiving less exposure to court work.
Posted by ObiterJ at Monday, January 14, 2013