Information Rights ~ Secrecy ~ an interesting case in the pipeline 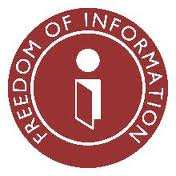 The expansion of secrecy in the courts:

The Joint Committee on Human Rights 16th report refers to there being 21 areas where special advocates could be used.   Para 58 of the 16th report stated:

This extract
from the 16th Report - published in March 2010 - is one example of how far secrecy has become embedded in our system of supposedly open justice.  The government's Justice and Security Bill - now wending its way through Parliament - will extend "closed material procedure" to certain civil cases before the courts where a question of national security is involved.

Secrecy manifests itself in many ways.

Another example appears in a recent Decision Notice of the Information Commissioner - read Notice FS50456429 .  The Decision Notice is concerned with a "freedom of information" request made to Greater Manchester Police (GMP) by Mr Miguel Cubells.  Mr Cubells asked GMP to provide certain information concerning an investigation into his mother's death.

A couple of points are of particular interest here.

In Mr Cubells' case, the GMP refused to neither confirm nor deny - ( NCND response).  They based this on section 30 (Investigations and proceedings conducted by public authorities) of the FOIA 2000.  Mr Cubells asked the Information Commissioner to consider the case and the Commissioner upheld the position of the Police.

2.  The Decision Notice issued by the Information Commissioner sets out the reasons for upholding the position of GMP.  However, paragraph 28 of the Decision Notice indicates that there is a confidential annex revealed only to the GMP.  Para. 28 states:

"In correspondence with the Commissioner, GMP provided further explanation in support of its refusal to confirm or deny whether the requested information is held. Details of those arguments can be found in the Confidential Annex to this decision notice which will be provided to the public authority only. In summary, they relate to the public interest in protecting the investigative process."

Mr Cubells is therefore in the position of not knowing the full and exact reasons for the GMP's stance and, it seems clear enough, that the Commissioner was influenced in some way by the confidential material.

The matter is to be heard, on appeal from the Commissioner, by the First Tier Tribunal (Information Rights) - formerly the Information Tribunal.  The outcome is awaited with interest.  It is understood that the Tribunal has requested copies of the confidential annex.

The Tribunal - some general points:

The current structure of tribunals may be seen via the Ministry of Justice website.  The role of the First tier Tribunal (Information Rights) is amplified here.

Appeals - on points of law - go from the First-Tier Tribunal to the Upper Tribunal.  Further appeals, to the Court of Appeal (Civil Division) and Supreme Court, are possible.