Equality and Human Rights Commission - Human Rights Review 2012 - the Commission's landmark investigation into the present state of human rights in England and Wales - includes review, case studies and key issues.  The review is a series of documents examining the situation for each of the Convention rights and indicating areas where the UK could improve human rights protection.

UK Human Rights Blog has a post - "The Commission on a Bill of Rights should open up" - Adam Wagner 5th March 2012.  Essentially argues, in my view correctly, that this Commission needs to interact better with the public including the provision of better information about the Commission's work.  Some information about the Commission for a Bill of Rights may be found via Ministry of Justice.  The UK Human Rights Blog has also started a series written by Dr Ed Bates of Southampton University.  The series examines the Draft Brighton Declaration.  Here is Part 1. 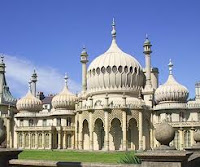 Please see the earlier post on this blog - "UK seeks to minimise the influence of Strasbourg" which takes a look at the Draft Brighton Declaration on the future of the European Court of Human Rights.  This was the document which came into the public domain by way of a leak to The Guardian newspaper.  Why did the government wish to keep it under wraps?  I have not seen an answer to that.


and for those who really wish to delve into this important and fascinating subject, I recommend this trio:

A further contribution to the debate was published in The Times on Thursday 8th March.  Jonathan Fisher QC wrote " How a meeting in Brighton could save human rights."  (£ wall).  Fisher argues that if the E Ct HR is successfully reformed, the court will survive.  If not, pressure for the UK to withdraw from its jurisdiction may become irresistible."    The British government's concern is with the way the E Ct HR decides cases - alleging that the court takes insufficient account of democratic decisions made by national parliaments.  The government wishes to see express reference to the "margin of appreciation" in the Convention text but this may not solve the problem.  Fisher states that the problem can be traced to the absence of an interpretative provision in the Convention.  As an international treat, the convention should be interpreted in accordancw ti the principles of interpretation set out in Article 31 to 33 of the Vienna Convention on the Law of Treaties.  These principles require a court to give the words of a treaty their ordinary meaning in the light of the treaty's object and purpose.  However, the E CT HR has, at times, adopted its own approach and has strayed beyond the text and original intent and, most controversially, has trespassed into judicial activism and creativity.  The Convention was not intended to "micromanage the system of justice in particular countries."

Fisher sees the solution lying in an interpretative protocol containing two provisions.  1. To instruct the court to follow more closely the Vienna Convention.  2.  To presume the margin of appreciation applies where a measure has been considered by a democratically accountable legislature in a convention country.

See this link to a commentary on Mr Fisher's article at Henry Jackson Society
Posted by ObiterJ at Monday, March 05, 2012