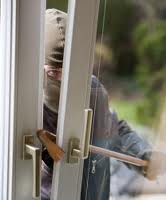 Hot on the heels of sentencing guideline consultations for assault and drug offences, the Sentencing Council has issued a consultation on sentencing for burglary.  The consultation is open to public comment up to 4th August 2011 – see Professional Consultation document.    In the assault and drug offence consultations a nine point approach was adopted and the same approach has been applied here.
Burglary is legally defined in the Theft Act 1968 s.9 (Burglary) and s.10 (Aggravated Burglary).  In recent years, particularly
as a result of R v Saw and others [2009] EWCA Crim 1, sentencing practice has come round to the view that burglary can be very much an offence against the person and is not merely a property offence.  Aggravated burglary is triable only in the Crown Court:  other burglaries are normally triable either-way but, in some instances, are triable only in the Crown Court.  A further point to note is that the Criminal Justice Act 2003 s.224 (Dangerous Offenders) may apply to certain cases.

The Guardian 12th May 2011 - "Punishments for burglars tightened up by sentencing body"
The Telegraph 11th September 2010 - "Revealed: not a single burglar gets maximum jail sentence"
Posted by ObiterJ at Friday, May 20, 2011