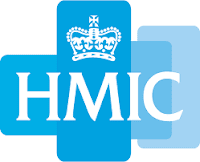 The common law did not cover itself with glory over the question of disclosure.  It was not until 1946 that the Court of Criminal Appeal held in R v Bryant and Dickson (1946) 31 Cr App R 146 that where the prosecution took a statement from a person whom they knew could give material evidence but whom they did not call as a witness, they had to make that person available to the defence.  "Making available" required the name and address to be given but did not actually extend to supplying a copy of the statement.  This state of affairs lasted until the House of Lords decision in R v Mills and Poole [1997] UKHL 35.

Numerous examples can be given of cases where non-disclosure led to injustice. Examples include:

Guidelines relating to disclosure were issued by the Attorney General in 1981.  These amounted to internal instructions to the Crown Prosecution Service (CPS) and to prosecution counsel but the Court of Appeal was prepared to quash some convictions due to breaches of the guidelines.

In 1993, the Royal Commission on Criminal Justice issued its report - HERE.  The discussion on disclosure is at page 91 (Prosecution disclosure) and page 97 (Defence disclosure).  The Commission noted that "it has long been accepted that Crown Court trials can only proceed on the basis of full disclosure by the prosecution of all the evidence in its possession that is relevant to the case."  As even the brief history above shows, it is questionable whether full disclosure had been "long accepted" but, nevertheless, the Commission recommended that the general framework for disclosure be set down in primary legislation with detailed procedures to be governed by subordinate legislation or Codes of Practice as under PACE.

The outcome was the Criminal Procedure and Investigations Act 1996.  It is instructive to look at the version as originally enacted as well as at the amended version. The Act was extensively amended by Part 5 of the Criminal Justice Act 2003 and see the Explanatory Notes.   Attorney General Guidelines continue to exist - see CPS website - and these note that:

It is necessary for the Police to be able to provide detailed and proper schedules of material in their possession and it is a trite and obvious point that this requires appropriate resources of personnel and time.

This week, the Criminal Justice Inspectorates, issued an important report "Making it Fair" which highlights concerns about disclosure.

Paragraph 1.3 of the report is devastating:

"The inspection found that police scheduling (the process of recording details of both sensitive
and non-sensitive material) is routinely poor, while revelation by the police to the prosecutor of material that may undermine the prosecution case or assist the defence case is rare.  Prosecutors fail to challenge poor quality schedules and in turn provide little or no input to the police. Neither party is managing sensitive material effectively and prosecutors are failing to manage ongoing disclosure. To compound matters, the auditing process surrounding disclosure decision-making falls far below any acceptable standard of performance. The failure to grip disclosure issues early often leads to chaotic scenes later outside the courtroom, where last minute and often unauthorised disclosure between counsel, unnecessary adjournments and - ultimately - discontinued cases, are common occurrences. This is likely toreflect badly on the criminal justice system in the eyes of victims and witnesses."

Various recommendations are made for improvement.  The report concludes (para 11) by saying:


"Given the failings in the disclosure process uncovered in this inspection this report aims to articulate not only those failings but also to produce, in a practical format, the key requirements that will enable the police and prosecution to fulfil their collective responsibilities under common law, the CPIA and the Code of Practice and guidance. In doing so it is hoped that this report will stimulate a real drive for improvement rather than, as appears to have occurred with previous reports, be seen as another academic account of a complex legal concept which may be quickly forgotten. For there to be any chance of improvement the whole concept of disclosure must be demystified and efforts made, through improved training and supervision, to emphasise its crucial importance as an integral part of the case management process, which is designed to secure a fair trial and a just outcome for both the defendant and victim."

Given the sorry history of miscarriages of justice, it is to be hoped that this report leads to improvements but there will be a real need to address the question of HOW it is to be achieved given the reductions in manpower experienced in recent times by both the Police and the CPS.

Here is a vitally important topic which could well be examined by the Justice Committee with a view to ensuring that disclosure operates effectively.

That prosecution arose from the "Cardiff Three" case.