Brexit litigation in the Supreme Court - the case for Miller, Dos Santos and others (2)

This is Part 2 of posts looking at the arguments put forward by Gina Miller and others.  The government mounted a powerful assault against the High Court's decision that the Secretary of State does not have the power under the Crown's prerogative to give notice pursuant to Article 50 of the TEU for the United Kingdom to withdraw from the European Union -R (Miller and Dos Santos) v Secretary of State for Exiting the EU [2016] EWHC 2768 (Admin).

The government's case as put to the Supreme Court was considered in two posts - here and here.  Arguments for Gina Miller were put by Lord Pannick QC on Day 2 - (see here) and in the morning of Day 3.  Also on Day 3, the court heard Dominic Chambers QC (acting for Mr Dos Santos).

Lord P continued with his fourth submission - the purpose and contents of the ECA72.

Section 2(4) - Parliament said that the ECA72 took priority even over later Acts.  There was therefore no doctrine of implied repeal.  It was unlikely that Parliament that Ministers could set this aside.

Section 3(1) - written case at para. 58.  As the High Court had decided, this section would make no sense if treaty rights could simply be removed by the executive.

A diversion - here Lord P turned to some matters that had arisen the day before.  First, the use of Parliamentary materials to find the purpose of an Act.  This section of Lord Pannick's submissions was looked at in an earlier post.   Essentially, Lord P said that it would not be right to look at what the Foreign Secretary had said but not to look at what Mr Lidington had said about the 2015 Bill being "advisory."   The 2015 Act had nothing to do with notification.  It was about the holding of a referendum.  Secondly, the 1970s "debate" as to whether Parliament could reverse entry to the Communities - this took the court to Blackburn v Attorney-General where there are references to membership being irrevocable.  Thirdly, Lord P  said that Lady Hale had asked about the acts of Parliament which have amended section 1(2) of the 1972 Act to add new treaties.  There is an annex to the written case setting these out and all were enacted before the treaty was ratified because Parliament needed to amend domestic law before the new EU law treaty came into force which would alter domestic rights.

At page 9, Lord P said that many other Acts would be affected if the appellant terminated membership and he went on to give the example of the Communications Act 2003 section 4 - Duties for the purpose of fulfilling Community obligations.  At this stage, Lord P said that he was not looking at the proposed Great Repeal Bill - he would come to that later.  At page 14, Lord P noted that many statutory provisions could be frustrated or rendered insensible as a result of notification and this was the view of the Secretary of State himself.  Mr Eadie had given the court a document entitled "Next Steps in Leaving the EU" produced by the Secretary of State in October 2016.

[Note: for instance, Next Steps stated - "In all, there is more than 40 years of European Union law in UK law to consider, and some of it simply will not work on exit. We must act to ensure there is no black hole in our statute book ......"]

Lord P said that it was impossible to understand as a matter of law how the Secretary of State can claim a prerogative power to notify.  He must obtain parliamentary authorisation to take steps which will leave large elements of the statute book to be rendered insensible.

It was here that the amusing exchange took place between Lord P and Lady Hale about the pronunciation of De Keyser. 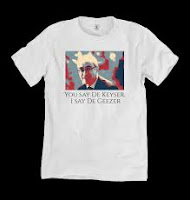 Lord P then turned to look at ex parte Rees-Mogg where there was a challenge to ratification of the Maastricht Treaty.  There was political opposition regarding the Protocol on Social Policy.  This protocol did not affect domestic law rights and it was not intended to apply to the UK and was not put into the ECA72 section 1 when the European Communities (Amendment) Act 1993 was enacted.  Nevertheless, it was argued that the ECA72 generally curtailed what would otherwise be a prerogative power to amend or add to the EEC Treaty.  The High Court rejected that argument.


Lord P said that the point in Rees-Mogg had nothing to do with the issue in the present case which is whether or not the Secretary of State has a prerogative power to act on the international plane in
a way which will frustrate, nullify domestic law rights and duties and the statutory scheme. That is not what was there being considered.

Lord P asked the court to look at the Green and White Papers which preceded the Constitutional Reform and Governance Act 2010 (CRAG).  The Green Paper said that Part 2 of CRAG was a statutory enactment of the Ponsonby Rule and it did not alter the rule requiring legislation before a Treaty altered domestic law.

It was here that Lord P received a considerable number of questions from the justices and this section merits particularly careful attention.


Lord Kerr at page 28 - asked about the argument that the ECA72 imposed a "clamp" on the prerogative and that the 2015 Act had removed it. Lord P responded that rights cannot be taken away because Parliament has enacted them.  Given the significance of what Parliament did in 1972 it would require the clearest of statements post 1972 to alter it.

Lord Neuberger made several points regarding the 2015 Act and what it actually did and, in this section of the hearing, Lord P was pressed quite hard by the justices.  Mr Eadie's alternative submission that there was a clamp imposed on the prerogative by the ECA72 and removed by the 2015 Act was raised.  The nature of the 2015 Act was also discussed - the word "advisory" - and, if it was advisory, who did it advise.  Lord P maintained throughout this exchange that there was nothing in the legislation to overturn the basic constitutional principle that the government lacks power on the international plane to set aside the ECA72.  At pg 36, Lord P said - " ... there is no clamp, it is the application of fundamental constitutional principles of the United Kingdom. I do submit that if those fundamental principles are to be removed by Parliament itself, it is necessary for there to be clarity. Whatever else one might say about the 2015 Act, I respectfully submit that it cannot be said that the 2015 Act clearly removes the inability of the executive to act so as to frustrate the statutory rights.  There is no clarity at all. What one has is an act of Parliament in very simple terms, there shall be a referendum, and that is all it says."

Lord Reed said that the Act could be looked at as an essentially political measure - providing a referendum which has political effects which have to be addressed by the government.  The government may or may not introduce a Bill into Parliament.  Lord P said that the court has to answer the legal question of whether the Secretary of State has the legal power to act on the international plane so as to nullify the ECA72.  Parliament could have dealt with the referendum consequences in the 2015 Act but had not done so.  It would be fundamentally wrong for the court to infer matters that are not addressed in the Act where those matters touch on constitutional fundamentals. (pg 39-40).

The court could not divine an intention from the 2015 Act without focusing on the language used.  He then referred to what Lord Hoffmann had said in the Matadene case.  Lord Hoffmann approved a statement by Associate Justice Kentridge in State v Zuma [1995] (4) B.C.L.R. 401, 412 -"If the language used by the lawgiver is ignored in favour of a general resort to `values' the result is not interpretation but divination."  The court could not infer from general context a purpose and intention and effect that has no support whatsoever in the language used.  That would be creation and objectionable to traditional law-making.

Lord Carnwath then referred to the 2008 Act which addressed the Lisbon Treaty which included Article 50.  Lord P said that the UK could have left the EU before Article 50; also the article says nothing about how the state in question must act and, thirdly, Art 50 has no effect in domestic law.  From 1978 onwards, Parliament had imposed controls and Article 50 was not subject to such a control because it is a fundamental aspect of constitutional law that Ministers cannot use prerogative power to remove what Parliament had created.  The fact that Parliament has from time to time imposed such constraints cannot establish that Parliament intended to remove a basic constitutional limit. Indeed, if one looks at the authorities, the authorities show that one should be very careful  indeed before you use later legislation in order to amend or affect earlier legislation.

At page 48, Lord P said that the appellant said it was for Parliament to decide the nature and extent of its involvement.  The important qualification to that was that only an Act of Parliament could lawfully confer power on the government to notify under Article 50 because notification will nullify statutory rights and indeed a statutory scheme.

Lord P then referred to motions in parliament.  (One took place on 7th December - previous post).  They do not alter the law - referred to Lord Denning MR in the Laker Airways case.

Lord P (pg 50) next turned to Lord Diplock in ex parte Federation of Self-Employed.  Lord Diplock said:  "It is not, in my view, a sufficient answer to say that judicial review of the actions  of officers or departments of central government is unnecessary because they are accountable to Parliament for the way in which they carry out their functions. They are accountable to Parliament for what they do so far as regards efficiency and policy, and of that Parliament is the only judge; they are responsible to a court of justice for the lawfulness of what they do, and of that the court is the only judge."

It was no answer for the Attorney General to say that Parliament could look after itself.  It is the role of the court to address whether there is legal power to act in the relevant respect, and the ability of Parliament to control that which the minister is proposing to do is, with great respect, nothing to the point. This is as fundamental as any other principle in this case and I invite the court not to accept any suggestion that the legal limits -- I emphasise legal limits -- on ministers' powers are to be left to or influenced by political control, or parliamentary control, short of an act of Parliament.

Lord P then referred to it having been said that the Constitutional Reform and Government Act  may apply to any agreement negotiated.  The argument did not assist the government because there may not be an agreement.

Furthermore, the Great Repeal Bill did not assist.  There is no such Bill and the court cannot assume what Parliament may do (pg 52).

As for the academic argument - it was for the court to decide who had the better arguments.

That concluded the submissions for Mrs Miller.