Jean Charles de Menezes case to be heard at Strasbourg

On Wednesday (10th June), the European Court of European Rights (E Ct HR) Grand Chamber will hear the case of Armani Da Silva v. the United Kingdom (no. 5878/08) which arises from the shooting in 2005 of Jean Charles de Menezes at Stockwell Station, London - The Guardian 3rd June 2015.

The following is as published by the E Ct HR:-

The applicant, Patricia Armani Da Silva, is a Brazilian national who was born in 1974 and lives in Thornton Heath, London. The case concerns her complaint about the police’s fatal shooting of her cousin, Jean Charles de Menezes, aged 27, who was mistakenly identified as a terrorist suspect and shot dead on 22 July 2005 by two special firearms officers (SFOs) at Stockwell London Underground Station. The shooting
occurred the day after a police manhunt was launched to find those responsible for four unexploded bombs that had been found on three underground trains and a bus in London. It was feared that a further bomb attack was imminent. Two weeks earlier, the security forces had been put on maximum alert after 56 people had died when suicide bombers detonated explosions on the London transport network. Two of the terrorist suspects lived at the same address as Mr de Menezes in Scotia Road, London, which had been placed under surveillance. As he left for work on the morning of 22 July, Mr de Menezes was followed by surveillance officers, who thought he might be one of the suspects. SFOs were dispatched to the scene with orders to stop him boarding any underground trains. However, by the time they arrived, he had already entered Stockwell tube station. There he was followed onto a train, pinned down and shot several times in the head.

The case was referred to the Independent Police Complaints Commission (IPCC), which concluded in a report dated 19 January 2006 that Mr de Menezes had been killed because of mistakes that could and should have been avoided. The report also made a series of operational recommendations and identified a number of possible offences that might have been committed by the police officers involved, including murder and gross negligence.

Ultimately, however, it was decided not to press criminal or disciplinary charges against any individual since there was no realistic prospect of a conviction against any individual police officer being upheld. Notably, in July 2006 the Crown Prosecution Service found that it would be very difficult to prove beyond reasonable doubt that the SFOs had not genuinely believed that they were facing a lethal threat and that there was insufficient evidence to show that the mistakes made by the police officers involved in planning the surveillance and stop of Jean Charles de Menezes were so bad as to amount to criminal conduct.

Similarly, in May 2007, the IPCC decided that no disciplinary action should be pursued against any of the frontline and surveillance officers (11 officers) involved in the operation since there was no realistic prospect of any disciplinary charges being upheld.

In October 2006 Ms Armani Da Silva applied unsuccessfully for leave to apply for judicial review of the decision not to prosecute any individual police officer for criminal offences. Leave to appeal to the House of Lords was refused by the High Court and, in July 2007, by the House of Lords.

A successful prosecution was however brought against the police authority under the Health and Safety at Work Act 1974. The jury accepted the prosecution’s allegations of failings in the operation’s planning, implementation and communication, notably as concerned Mr de Menezes’ identification and the deployment of the SFOs at relevant locations in time to prevent Mr de Menezes from getting onto public transport. Thus, in November 2007 the authority was ordered to pay a fine of £175,000, but in a rider to its verdict that was endorsed by the judge, the jury absolved the officer in charge of the operation of any “personal culpability” for the events.

At an inquest in 2008 the jury returned an open verdict after the coroner had excluded unlawful killing from the range of possible verdicts.

The family also brought a civil action in damages which resulted in a confidential settlement in 2009.

Ms Armani Da Silva complains that the State’s duty under Article 2 (right to life – investigation) to ensure accountability and punishment of State agents or bodies for the fatal shooting of her cousin was not fulfilled by the prosecution of the police authority for a health and safety offence. More particularly, she complains about the decision not to prosecute any individuals for her cousin’s death.

In this regard, she alleges that the evidential test used by prosecutors to determine whether criminal charges should be brought – namely a suspect cannot be prosecuted unless it is considered that a conviction is more likely than not to result – is too high a threshold for decisions as to whether to prosecute, particularly in cases concerning the use of lethal force by State agents.

She also takes issue with the definition of self-defence in the United Kingdom, as the officers who shot Mr de Menezes only had to show that they had an honest belief (as opposed to an honest and reasonable belief) that the use of force was absolutely necessary.

The application was lodged with the European Court of Human Rights on 21 January 2008. The case was communicated on 28 September 2010 to the United Kingdom Government, which was asked to submit its observations as well as all decisions of the IPCC as regards possible disciplinary charges against relevant officers. On 9 December 2014 the Chamber to which the case had been assigned relinquished jurisdiction in favour of the Grand Chamber.

Solicitors Birnberg Peirce have issued a Press Briefing which explains the points at issue in the case.  A key point relates to the standard applied by the Crown Prosecution Service when they decide whether to prosecute an individual.  The test is set out in the Code for Crown Prosecutors.  It is argued that the test is too stringent and is incompatible with Article 2 (Right to Life).

Crown Prosecution Service - law on self-defence and prevention of crime

Health and Safety at Work etc. Act 1974 - section 3 - the section under which the Metropolitan Police were prosecuted and convicted

Under Article 30 of the European Convention on Human Rights, "Where a case pending before a Chamber raises a serious question affecting the interpretation of the Convention or the Protocols thereto, or where the resolution of a question before the Chamber might have a result inconsistent with a judgment previously delivered by the Court, the Chamber may, at any time before it has rendered its judgment, relinquish jurisdiction in favour of the Grand Chamber, unless one of the parties to the case objects". 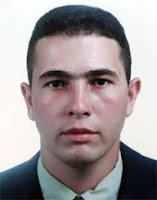