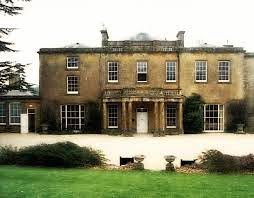 "Manorial rights can be owned separately from land and can give powerful and valuable rights to the owner. The Lord of the Manor had an important role in society which gave him certain rights over those living in the manor but to whom he also owed duties and protection. Today some of the rights remain, often in the hands of people who have no connection with the area other than their title, but the protective role has disappeared. These rights can be highly lucrative but often at the expense of vulnerable people."  [See this link].

The main manorial rights are sporting rights and rights to mines and minerals.  It was thought that if "fracking" takes place then compensation might have to be payable to owners of manorial rights of the land concerned - previous post of 5th November 2011 refers.  The Justice Committee considers that this is not the case though, strictly speaking, the matter might yet be tested in the courts since the Justice Committee does not make binding statements as to the law.  It is also worth noting the Conclusion to Chapter of the report which states at para 56:  " ... there may be certain manorial rights, particularly those related to mines and minerals over rural land, that are of considerable and real value to the rights holders ..."

The Justice Committee has recommended that "a review be carried out assessing whether the law related to manorial rights should be changed, including the question of whether all or some categories should be abolished, and how legislation could appropriately address compensation and human rights issues in such an event. We would expect the Law Commission to carry out this work .... "

Interestingly, the Law Commission was looking at Feudal Land Law but the project was abandoned for reasons stated here.

Another blast from the past - but  which could be painful today - is Chancel Repair Liability.  This came to prominence in legal circles with the decision of the House of Lords in the Aston Cantlow case.  Lord Nicholls of Birkenhead described it as "one of the more arcane and unsatisfactory areas of property law."  This particular liability is not covered by the Justice Committee report.

Chancel repair liability attracts to land which previously belonged to a monastery or abbey and which was sold off by the Henry VIII (the Crown) after the Dissolution of the Monasteries in the sixteenth century.  The owners of this land are known as lay impropriators or lay rectors and the recovery of funds from them is governed by the Chancel Repairs Act 1932.

Here is a useful link stating the position with regard to this liability.  A Private Member's Bill to abolish the liability is currently before Parliament but is not likely to become law.

The Law of Property Act 1922 abolished copyhold tenure (explained here).  "Incidents" of the tenure that existed were divided into 3 categories:

Category (c) rights included rights of the lord to mines, minerals, fairs. markets and sporting etc.  These rights became overriding interests in the system of registered title - a system which is, of course, now rapidly superseding the old unregistered title system.  The Land Registration Act 2002 sought to reduce the number of overriding interests. Manorial rights lost overriding status from 12th October 2013.  This explains why there was something of a rush to register such rights prior to that date.
Posted by ObiterJ at Thursday, January 22, 2015