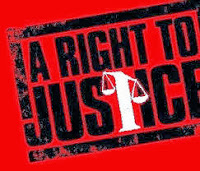 Earlier post - 5th September 2013 - Transforming legal aid ~ a new consultation ~ the fight for fairness is not over.

Following on from the first consultation (here), the Ministry of Justice consulted on modified proposals which may be read HERE.  The consultation closes today - 1st November.

Here are some of the responses:

Northern Circuit of the Bar

Ian Unsworth QC (Northern Circuit) - (posted via Twitter) -  'I regret to say from the outset that I fear that this is not a genuine consultation. There is evidence to support that. The fact and content of Next Steps is highly suggestive that the Ministry has simply ignored the thousands of responses to the original Consultation Document.'

A View from the North


'I suspect there will be fewer responses to this second “consultation”. That should not be interpreted as a decline in interest on the part of the legal profession and certainly not as any indication that the anger in the profession has diminished. Rather it is likely to be attributable to the fact that as everyone can see this is not a “consultation” at all. We have a millionaire Secretary of State who shows not the slightest interest in the work that a large part of the legal profession undertakes on behalf of the public. He has failed to engage with the Bar at all and has taken little or no notice of submissions by the organisations that reflect the views of high street solicitors. It is clear to all that Mr Grayling just isn’t interested in a discussion or debate. He is simply going through the motions of a “consultation exercise” before going ahead with what he planned all along. He merely seeks to prove his credentials to his cabinet colleagues as a man who can deliver the cuts he promised, if necessary in the teeth of sustained opposition. Small wonder then that many in the profession will think they have better things to do with their time than waste it in trying to talk to someone who isn’t interested in listening.'

He concludes by saying:

' .... let it not be said that when this government decided to impose cuts on legal services that ended up destroying the system there were no dissenting voices.

What the MoJ is planning now will lead to the destruction of the legal aid system and people generally should know that that is what this government is prepared to do. Many people in this country need access to justice and they need the assistance of legal aid lawyers to help them. The result of these cuts will be fewer lawyers available both on the high street and in chambers. Those who cannot afford to pay will lose their rights and have their very liberty put in serious jeopardy. That is a terrible indictment of the current proposals and I urge that they be dropped.'

With that I entirely agree.
Posted by ObiterJ at Friday, November 01, 2013