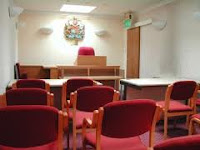 The newly appointed Chief Coroner for England and Wales is Peter Thornton QC - see earlier post of 18th September.  He has addressed the Coroners' Society of England and Wales - see Judiciary.  In the speech he said that the 2009 Act was not the "most radical of documents in terms of change" but at the heart of it was something new: the creation of a Chief Coroner post and a new system of appeals to the Chief Coroner.  The appeals system will not be implemented.  The Chief Coroner set out what he described as his Ten point Plan.  Here is an outline of those points - the full speech is interesting and merits a full reading:

1. Coroners and Justice Act 2009 - most of the Coroner provisions are expected to come in to force in June 2013.  The Chief Coroner will oversee implementation.  In this part of the speech, the Chief Coroner highlighted some of the changes the Act will bring about:

Coroner Areas instead of Districts - initially 111 Areas to be reduced to 97 in the short term but the Lord Chancellor has power to create larger or combined areas where appropriate.  (Comment: One can therefore expect the number of separate Areas to be reduced significantly over time.  This would mirror the process which has been on-going with Magistrates' Court local justice areas).

Three types of Coroner - Senior Coroner, Area Coroner and Assistant Coroner - (the Chief Coroner said that "Area Coroner" was confusing and it might have been preferable to refer to them as Deputies)

From commencement of the Act all new Coroners will be lawyers and will retire at 70 but any non-legally qualified Coroners will continue in post .... (Note: see Coroners Act 1988 s2 which will be replaced by the Coroners and Justice Act 2009 Schedule 3 Part 2)

There are to be no more "verdicts" - the term will be "determinations" on the questions of who, how, when and where

3. Training - The Judicial College will take over the training of Coroners and the Chief Coroner will make regulations about training.  Training will be compulsory.

4. The law - There will be an amended and updated Bench Book and the Chief Coroner will issue Law Sheets to address what he believes to be the law on particular topics.  This is part of his strategy to reduce the need for judicial review - "a lengthy, costly, and sometimes distressing process."

The Chief Coroner will sit in the High Court to give decisions on claims for judicial review of Coroner decisions and to give guidance, where appropriate, on the practical application of the law.


5. Practical Guidance - Guidance notes on areas such as case management, disclosure, hearing dates, the need for pre-inquest hearings, when to instruct counsel, contact with the media etc.

(Observation:  Hopefully, the Bench Book, Law sheets and Guidance will be published so as to be readily available to the public and practitioners)

7.  Notification to the Lord Advocate - A protocol has been agreed with the Lord Advocate in Scotland so that an investigation into a death can be transferred to Scotland when appropriate.  There are no Coroners in Scotland but a Procurator Fiscal may request a Sheriff to investigate under the Fatal Accidents and Sudden deaths Inquiry (Scotland) Act 1976.

8. Rule 43 reports - The Chief Coroner plans to review the whole process of Rule 43 reports which are designed to prevent future fatalities.  Lad Justice Hallett issued such a report in the 7/7/ Bombings Inquest.

In closing his speech, the Chief Coroner strongly emphasised that he would listen closely to families and to organisations for the bereaved.

The reforms set out in the 2009 Act and in the Chief Coroners speech are both welcome and long overdue.  For too long the system has suffered from lack of consistency, leadership and guidance.

Coroners Society of England and Wales

When the Coroners and Justice Act 2009 is in force, the powers of Coroners will be as set out in Schedule 5.  The 2009 Act will repeal the Coroners Act 1988.

INQUEST  - INQUEST is a charity that provides a free advice service to bereaved people on contentious deaths and their investigation with a particular focus on deaths in custody. Casework informs their research, parliamentary, campaigning and policy work.

Of Interest to Lawyers - The Chief Coroner's Ten Point Plan