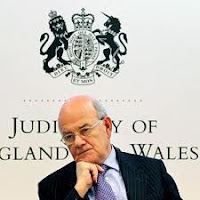 The Lord Chief Justice's Practice Guidance on the use of live text-based forms of communication (including twitter) from court has been issued and replaces the interim guidance issued in December 2010 (Law and Lawyers 28th December 2010).  The document is short and speaks for itself though it is not particularly clear about who will be regarded as a "legal commentator" (see para 10).  For some of the factors to be considered by judges, the Guidance refers to the Consolidated Criminal Practice Direction I 2.2 which is here.
Posted by ObiterJ at Wednesday, December 14, 2011