DNA: Is it truly the "Gold Standard" of forensic techniques? 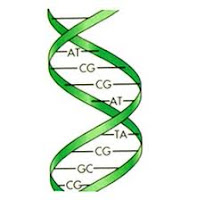 Some are attributing it to the "silly season" but a debate has broken out about restoration of capital punishment.  I have no hesitation in declaring that I am opposed to it.  Furthermore, it cannot return as long as the United Kingdom is a member of the Council of Europe.  This is because the U.K. is bound by the European Convention on Human Rights Protocol 13 which abolishes the death penalty in all circumstances in Council of Europe States.  It seems particularly bizarre that, at a time when the UK will soon assume the Chairmanship of the Committee of Ministers of the Council of Europe, there might even be a debate in the UK Parliament about a return to hanging.

The death penalty is, of course, absolutely final.  Life cannot be restored no matter how wrongful the conviction is later proved to have been.  (Similarly, lost years spent in prison cannot be restored but sometimes compensation may be payable for miscarriage of justice).

One of the most frequent comments made by supporters of the death penalty is that - "We now have DNA evidence."  By this they seem to have the view that a miscarriage of justice is impossible in a case where there is DNA evidence.  In fact, there is much reason to be sceptical about such claims.

Forensic science exerts a powerful influence on the mind.  There is a general fascination with it and the results which are achievable.  TV programmes
such as Crime Scene Investigation (CSI), based on forensic science, create an impression of certainty whereas real science is sometimes not able to offer certainty.  One reason for this may be that the amount of material evidence available to the scientist is minimal and results have to be interpreted which, inevitably, brings in an element of opinion.

In the real world of criminal justice, there is a pressing need to examine all evidence with the most critical eye possible.  Experience shows that this applies with particular force to scientific evidence.  In relation to DNA, I draw attention to two articles published a year ago in The New Scientist - Fallible DNA evidence can mean prison or freedom and How DNA evidence creates victims of chance.

Many of the evidential problems relating to DNA arise in connection with either low copy number (LCN) DNA or where mixed samples are obtained at a crime scene.

A further article in Barrister Magazine considers the need for introducing a standard in relation to low copy number (LCN) DNA.  This is a particularly problematic area where the evidence comes from minute quantities of material and where the results are particularly open to differing expert interpretation.  As the article states - "


"Forensic scientists remain deeply divided as to the integrity and reliability of the LCN testing technique.  Conflict arises: whereas some scientists are prepared to analyse and offer an interpretation of samples where the amount of DNA available for analysis is very low, others discredit the task of attempting such analysis ..."
Court judgments:
The courts have examined problems with DNA in a number of recent cases building on earlier judgments such as R v Doheny and Adams 1996.    R v Bates [2006] EWCA Crim 1395 it was said that - "the process currently employed is known as 'SGM Plus', but no doubt as time goes on the techniques we describe will be further extended and refined and this summary will become out of date in its turn."  The case concerned mixed partial profiles and the Court of Appeal held that the evidence had been rightly admitted at trial.  Next came the reasoned decision of Weir J (Northern Ireland) in The Queen v Sean Hoey [2007] NICC 49.  In 2009 the Court of Appeal gave judgment in R v Reed and Garmson [2009] EWCA Crim 2698 which examined the position relating to low copy number DNA.  Further analysis of this came with the animal rights activists case of R v Broughton [2010] EWCA Crim 549.


These cases amply demonstrate the difficulties and the need for meticulous examination of the evidence and the "path to conviction" in the particular case.  Perhaps there is also a need for a review of the use by courts of DNA evidence and the applicable standards.  In 2003, the Australian Law Reform Commission published a review - "Essentially Yours: The protection of human genetic information in Australia."  Amongst other things, the report looked at - Improving the use of DNA in criminal trials.  They stated:


"The way in which DNA evidence is presented in criminal proceedings can be fundamental to the outcome of the proceedings, due to the scientific nature of the evidence and the characteristically large numbers used to estimate the probative value of a DNA match.
In order to evaluate DNA evidence properly, the jury must have sufficient understanding of DNA analysis and the statistical calculations used to determine its probative value. In most cases, it is the role of the expert scientific witness to explain the science and technology of DNA analysis, the interpretation of the results, and their significance to the jury.  However, the prosecution and defence counsel must also have sufficient understanding to examine or cross-examine the expert witnesses appropriately. The trial judge must have sufficient understanding to properly direct the jury in its evaluation of the evidence."
In September 2008, the Law Society Gazette published "Working with DNA evidence" (Mark Fenhalls and Brian Costello).  This article, considers LCN DNA.

Is this the time to be abolishing the Forensic Science Service?  I would say NOT given the excellent work done by that body in developing standards and techniques.  On 27th January 2011 the government announced a review of Forensic Science Research and Development.  The review was set up to consider the current and likely future status of research and development relevant to forensic services for the Criminal Justice System within England and Wales.  (See also The Guardian 8th September 2011 - Forensic Science Service closure could leave trail of damage).

Other links:  A number of other links are available for those wishing to pursue this topic further.  However, see R v Karen Walsh (DNA Evidence) [2011] NICC 32 and "Dealing with DNA evidence: a legal guide" by Andrei Semikhodskii