Bonfire of the Quangos 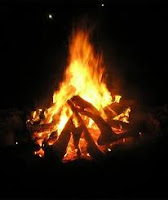 Those public bodies known as “Quangos” – the acronym for “Quasi-autonomous non-governmental organisations” – are no longer flavour of the month within government circles even though many of them have important legal and/or regulatory roles.   There is to be a “Bonfire of the Quangos”.  The death warrants to begin this “auto da fé ” will be issued shortly.  However, when the dismantling costs are factored in, the amount of money to be saved in the early years is not as big as many would like or perhaps imagine - The Guardian 7th October 2010 – “Government’s ‘bonfire of the quangos’ plan will cost as much as it saves”.   The "dismantling costs" relate to liabilities for pensions, redundancies and rental contracts.
The Guardian has also set down a list of those quangos which are either to be axed or reviewed – here.

The government is pressing ahead with a Superannuation Bill which will place a cap on payments under the Civil Service Compensation Scheme - see Cabinet Office;  the Bill and Explanatory Notes.
Under review:
Many might be surprised that some of the bodies in the list even exist – e.g. why we  have an “Advisory Committee on Conscientious Objection” even if, for some individuals serving in the military, it may prove to be necessary – see here?   Other bodies listed for review include some which surely perform necessary functions: the Child Maintenance and Enforcement Commission; the Criminal Injuries Compensation Authority; the Law Commission and the Equality and Human Rights Commission.
To be abolished:
The abolition list includes the Audit Commission; the Human Fertilisation and Embryology Authority; Human Tissue Authority; Security Industry Authority; the Legal Services Commission; the Standards Board for England and Wales.  Many (arguably most) of these perform important functions which will still have to be performed somewhere.  Obviously, if the task remains then so do some of the costs.
Mergers:
Bodies earmarked for merger include Advisory Committees on Justices of the Peace; the Crown Prosecution Service; various tribunals; the Gambling Commission; the National Lottery Commission; OFCOM etc.   Details of the mergers are yet to be announced but there are significant costs involved in mergers.
Is there a case for a more measured approach to reducing this large array of public bodies?   Is there a danger that the surgery will cause further difficult problems which will then have to be rectified at great costs?  There are certainly considerable risks in a too hasty wielding of the scalpel.  Just one final thought:  the reason for creating a quango has often been a Minister's desire to distance himself from the day-to-day issues for which he might be held accountable if the task remained in his department.  Remember the Michael Howard and Derek Lewis row?

See "Read before burning ...." - Institute for Government   Looks at how the accountability and effectiveness of quangos might be improved.  For a view that "Big Government" is here to stay despite the Spending Review - see here.
Posted by ObiterJ at Friday, October 08, 2010