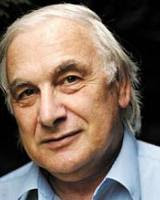 On 7th February 2011, this blog posted "Think tank calls for UK withdrawal from the European Convention on Human Rights"   The post offered some, mainly adverse, reaction to Policy Exchange's paper "Bringing Rights Home" which may be accessed via the Policy Exchange website.   The report's author was political scientist Dr. Michael Pinto-Duschinsky.


"The Commission will investigate the creation of a UK Bill of Rights that incorporates and builds on all our obligations under the European Convention on Human Rights, ensures that these rights continue to be enshrined in UK law, and protects and extend our liberties. "
Thus, according to the terms
of reference, all the UK's obligations under the Convention were to remain including, of course, the obligation to "abide by" decisions of the European Court of Human Rights in cases to which the UK was a party - (E Conv HR Art 46).

The Commission does not have its own independent website but material appears on the Ministry of Justice website - Commission on Bill of Rights.  Since the Commission was set up, it has issued a discussion paper - "Do you think we need a UK Bill of Rights" and it also offered "interim advice" to Ministers on reform of the European Court of Human Rights.  The "interim advice" was considered here and has undoubtedly informed the recently published (and leaked) Draft Brighton Declaration - see UK seeks to minimise the influence of Strasbourg.  The Discussion paper apart, there has been very little interaction between the Commission and the general public.

Dr Pinto-Duschinsky has now resigned from the Commission - The Guardian 11th March - Bill of Rights Commissioner resigns over bypass of Commons.   According to this article, Dr Pinto-Duschinsky is of the view that the Commission merely intends to issue a report in favour of the status quo whereas, as we know from Bringing Rights Home, he would prefer a more radical approach.  He was critical of the Secretary of State for Justice (Kenneth Clarke).  Dr Pinto-Duschinsky reportedly said - "The commission answers to Ken Clarke. He and Nick Clegg set it up and selected the chairman. His civil servants run the commission and staffing. His hands are everywhere."   This language questions the independence of the Commission.

Kenneth Clarke responded to the resignation by saying - "I'm sorry that differences over process within the commission have led to Dr Pinto-Duschinsky's resignation.  I have played no part personally in the workings and deliberations of the commission, which is independent of the government. I hope it is now able to complete its task and produce its report towards the end of this year."

The appearance of the Commission's lack of independence is reinforced by an article written by Dr Pinto-Duschinsky, published by the Daily Mail 12th March - "I escaped the Nazis - so spare me these sneers about tyranny." The reference to Nazi persecution is not helpful in this debate.  The original framers of the European Convention were, of course, all too well aware of the holocaust and some of the fundamental rights stem from that appalling evil - e.g. right to life (Art 2), prohibition of torture and inhuman and degrading treatment and punishment (Art 3), prohibition of slavery and forced labour (art 4).  Is Dr Pinto-Duschinsky arguing that, in the 21st century, human rights be narrowly confined to such basic rights?  Evoking memories of the holocaust certainly does not entitle Dr Pinto-Duschinsky's views to receive any greater attention than those of other Commission members.

In the Daily Mail article, Dr Pinto-Duschinsky claims that the Commission has been "highjacked" by the "Liberal Democrats and the grandees of the human rights culture" and that the "views of the Prime Minister and his senior Tory colleagues count for almost nothing."  The Commission has taken little trouble to be "in touch with the impulses of the British people" and proposals to hold public 50 meetings to discuss the issue were rejected.   Pinto-Duschinsky stated that he was determined to see that Parliament had the ability to override decisions of the European Court of Human Rights - sometimes referred to as "democratic override."  When Pinto-Duschinsky tried to raise the issue of Parliamentary sovereignty with the Chairman of the Commission (Sir Leigh Lewis), he claims to have been taken to a "basement room in the House of Lords" and warned that he would be considered a "maverick without influence" if he persisted in his demand.

From the outset, the make-up of the Commission has been open to criticism on a number of grounds.  Too many Queens Counsel, lack of diversity with only one female member and no black member etc.  (See Society of Black Lawyers article which declared the lack of diversity to be appalling).  The discussion paper apart, there has been little interaction with the public to date and, it should be noted, that the Commission's terms of reference require consultation with the public.  The circumstances surrounding Dr Pinto-Duschinsky's resignation raise concerns about the independence of the Commission.   None of this augers well for general public acceptance of the Commissions report - due by the end of 2012.


It may be that Dr Pinto-Duschinsky's difference with the other Commissioners is that they see the blend of the Convention and the Human Rights Act 1998 as being acceptable and requiring little or no change.  The blend protects Convention rights in the UK but also preserves Parliamentary Sovereignty including the ultimate right of Parliament, if it so wishes, to enact legislation contrary to the Convention.  Thus, in reality, the "democratic override" is there already.

The impression remains that Dr Pinto-Duschinsky was not getting his own way and, for that reason, chose to opt out.   Having said this, it is perhaps a pity that he did not complete his task.  His contribution merited inclusion in the ultimate report since it would then have been possible to see exactly what he was arguing for and how the other Commissioners responded to his arguments.


Addendum:
On 13th March, an article by Dr Pinto-Duschinsky was published by The Guardian - "Commission must not compromise by recommending bill identical to HRA."
Posted by ObiterJ at Monday, March 12, 2012